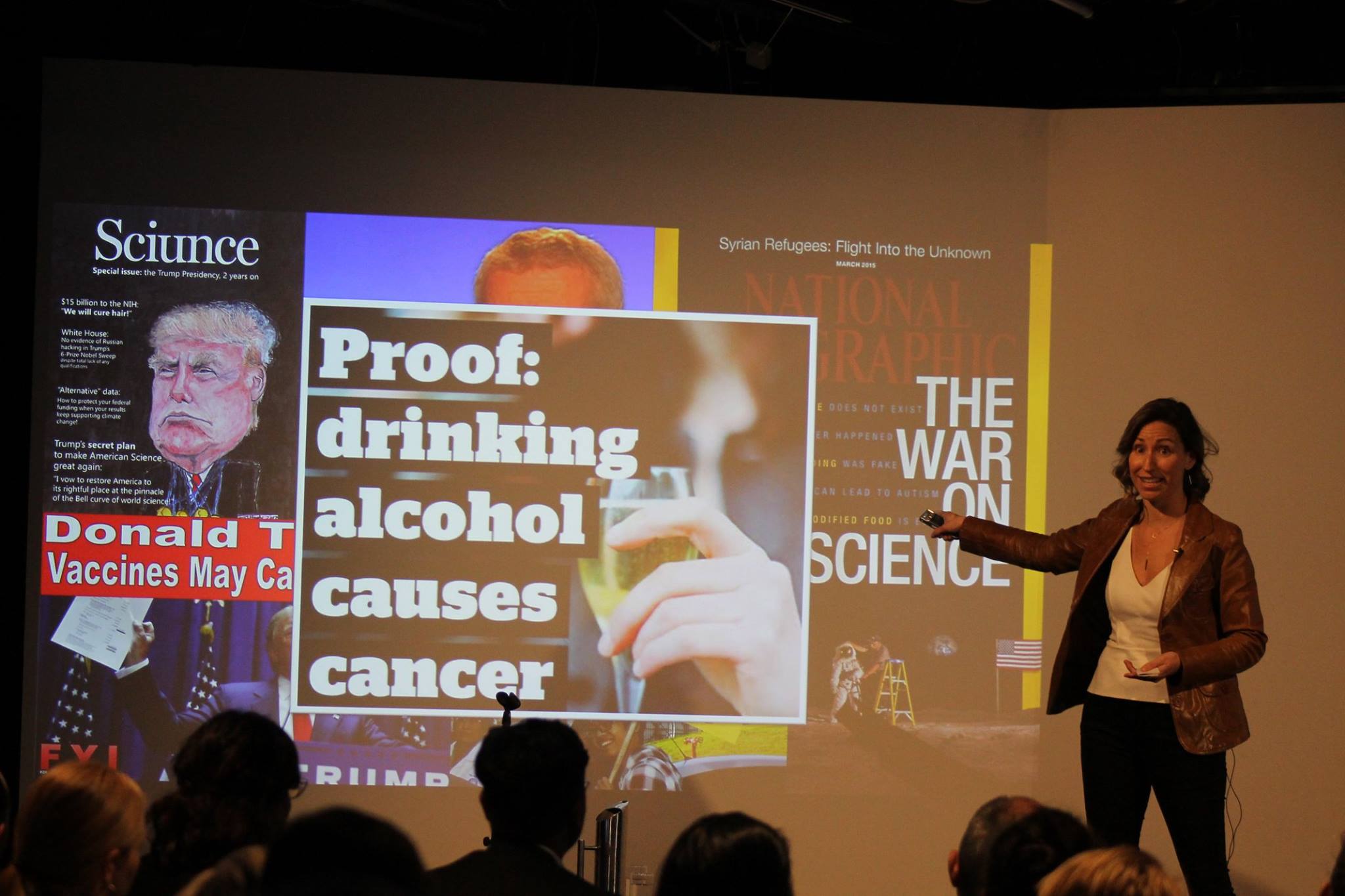 As the 2018 Sydney Science Festival comes to a close, a recurrent topic will hopefully remain alive in the mind of scientists, researchers and all Festival participants: the importance of taking science out of the lab and bringing it to the people.

Incredible inventions, compelling studies and fascinating discoveries entirely lose their meaning when confined within the ivory tower of academia instead of being made available to people.

Sydney Science Festival provided dozens of opportunities for scientists to share their research with the community – but how effective were they in communicating science?

A Festival event entitled Science Express: the art of STEAM storytelling presented by the Australian Science Communicators NSW branch and held at the Powerhouse Museum saw a group of enthusiast scientists and researchers share hot tips on how to engage an audience while talking about science.

From creating the “elevator pitch”, that is a couple of sentences that show off your research in one minute, to highlighting the impact of your work on the real world rather than getting lost in technical details, a common thread of the discussion was how to catch an audience’s attention within the first few seconds.

How can scientists tell a story in a simple and authentic fashion and keep an audience engaged with a research process? Science Express presenters agreed that a science story has to tell us something new. But it also needs to be relevant to an audience member’s world in order to be effective.

By focusing on the bigger picture of how research can impact people’s life, the importance of a scientist’s work becomes tangible.

Telling effective science stories is not always easy and often clashes with people’s misconception about science and widespread scepticism. Many people think that the scientific method is a rigid one where you make an observation, ask a question, do the research, test it and get a definite answer.

However, as science communicator Isabelle Kingsley puts it: “Science is messy, it’s an evolving process, it’s a journey.”

A STEAM storyteller should therefore never give the impression that a definitive scientific result is close, because science is a constant unfinished business.

In encouraging scientists to talk about their journey rather than their latest results, Kingsley warns that “the way science is communicated can reinforce misconception”.

However, grandiose magazine titles prevail about the ultimate discovery that will cure cancer, or stop the spreading the flu once and for all. Misleading titles claim that scientists can defeat cardiovascular diseases and diabetes forever.

How about headlines that state how bad alcohol, gluten, or phone radiation is for you, only to read the day after that actually, these things may not be so bad after all.

Is storytelling bad for science?

A Sydney University Innovation Week event proposed that storytelling is actually bad for science, with Professor of Linguistics Nick Enfield discussing this topic with a highly renomated panel.

A recent paper in Nature suggests that the use of narrative helps the audience focus their attention and get engaged. Narrative also makes it easier for the listener to remember what you have said. Ultimately, stories hold people’s attention, give them something to think about, something to take away and possibly something to pass on someone else.

But stories are made out of language and language works as a remote control on people’s minds, warns Enfield.

“Stories work when they are well designed for the brain,” he says. “If we want to inform people and motivate them, we have to anticipate how those people are going to process what it is that we give them.”

While Enfield argues that storytelling is an instrument for maximising the uptake of ideas, others believe that the use of storytelling in science is not a good idea. They argue that while narrative tends to infuse the story with emotions which help people to engage, science itself is and should remain unemotional and impersonal. Scientists must remain neutral and impartial to whatever result  comes up.

Through narrative, people tend to build a romantic vision of science. Beautiful minds that come up with breakthrough discoveries thanks to some kind of epiphany.

However cosmologist Professor Geraint Lewis believes that in storytelling, the act of doing science is often left aside. The struggle, tears and sweat of scientists can be neglected.

In the real world, he says that doing science is hard. Even the most brilliant discoveries have behind them a long series of constantly failing experiments, strings of coding that don’t work, maths formulas that can’t be proved.

Also speaking at the Innovation Week event was playwright Alana Valentine who argues that art should not try to imitate life.

“Art tries to make us look at life in a new way. Storytelling is not a soft skill nor an easy turn. I suggest that scientists might think of storytelling as a useful tool that, if cleverly used, can make us appreciate more deeply the astonishing work that scientists do.”

Listen to a recording of Is storytelling bad for science?