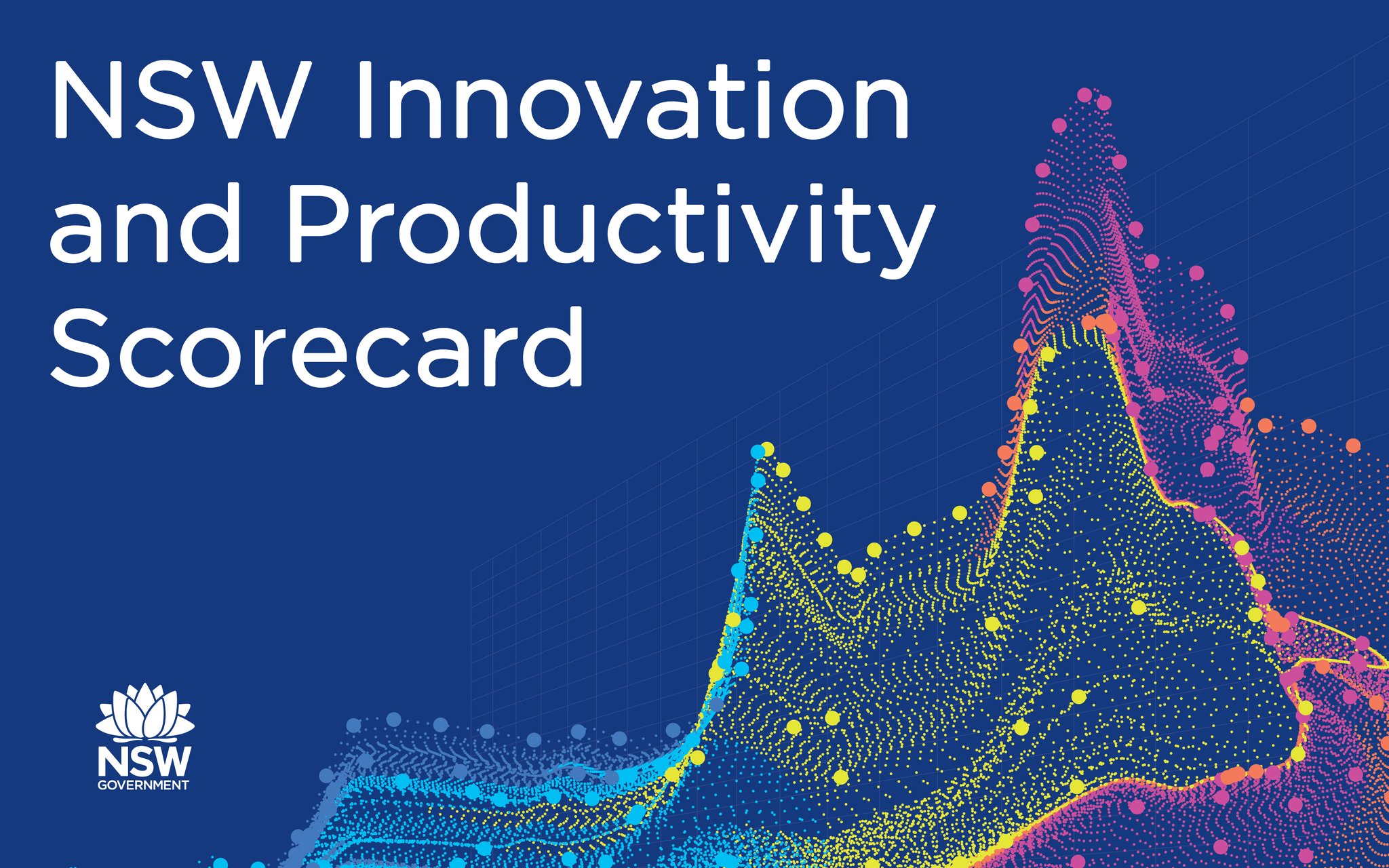 A key aim for the IPC is to support innovation in business, government, and the education and research sectors in order to stimulate productivity for the broader New South Wales economy. The Scorecard is the first in a new Innovation Economy research series to guide policy direction and program development.

How do we fare?

New South Wales scores well on many fronts including by having strong research sector, an active startup sector, a highly qualified workforce and a thriving economy.

The State was a leader on economic growth in 2015-16, ranking second out of 10 locations on GDP growth, beating Victoria and Queensland and the national economies of the USA, UK, Canada, Singapore and Germany and the OECD average.

New South Wales ranks third for both business growth and labour productivity, above the Australian and OECD averages, and fourth for business investment in R&D.

New South Wales also has the highest number of startups in Australia and third highest internationally.

The Scorecard compares New South Wales’ performance in three areas: research and collaboration; skills and enterprise; and growth and productivity.

Where do we need to improve?

Areas for improvement identified in The Scorecard include efforts to grow and create highly skilled jobs and investments in the latest technology.

Industry collaboration with research organisations and universities is another area where New South Wales and Australia lag against international benchmarks.

So how can New South Wales improve this metric on industry-research collaboration and boost annual productivity growth? Inspiring Australia (NSW) posed this question during a Commercialising Research Forum held as part of the 2017 Spark Festival.

Researchers, startup companies and investors discussed opportunities and explored the challenges commercialisation poses to research scientists. Forum participants considered what it would take to improve the relationships between research institutes, universities and business and what needs to change. Issues of culture change, willingness to share and business know how were raised as barriers to progress.

Novel solutions for change included industry placements as mandatory elements of a PhD, commercialisation units of study offered at undergraduate level and more opportunities for researchers to meet business representatives throughout their time at university.

The next report in the IPC’s research series – NSW Innovation Precincts: Lessons from international experience will be launched at a breakfast event from 8.00am – 10.00am on Thursday 13 September.