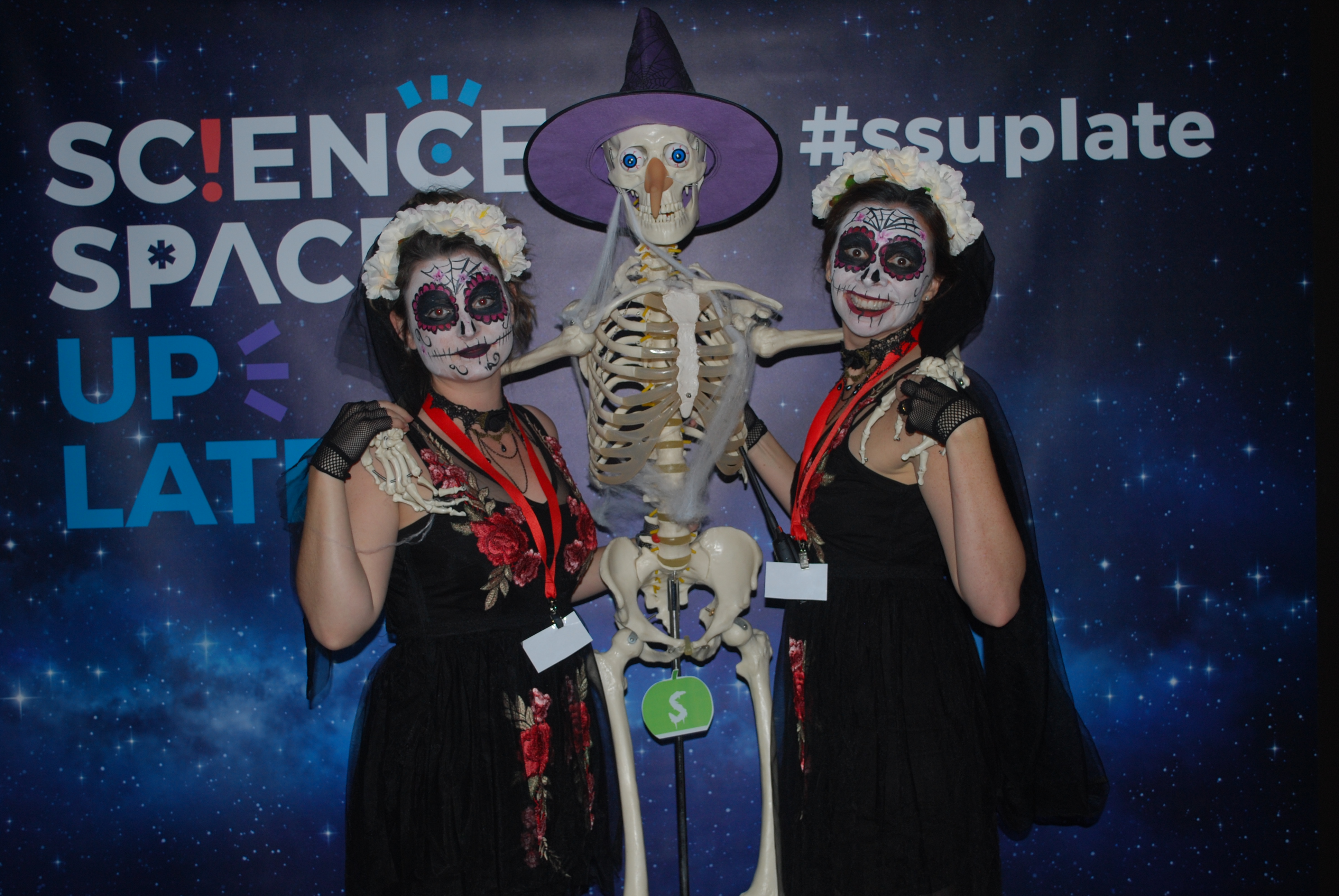 The Science Space in Wollongong used its Inspiring Australia (NSW) year-round grant to present a series of fun and informative events for all ages. Co-convenor of the Illawarra Science Hub, Science Space began its new Up Late evening series with a gala launch targeting a young adult audience.

The sold out event featured a fusion of science meets art in Pink Floyd inspired planetarium feature. Utilising the country’s most digitally advanced system, in NSW’s largest planetarium,  guests were taken out of this world on a sensory journey with visuals inspired by the sounds of Dark Side of the Moon.

Visitors also got to enjoy the Science Space up late with a glass of their favourite beverage and explore the exhibitio. A pop-up Science Theatre added to the entertainment alongside a local band.

“The team have worked extremely hard to ensure that every evening in our Up Late series would offer something for everyone, particularly with the upcoming wine and whiskey evenings – it’s the subject that’s the hook with the emphasis being on developing a relaxed, social but informative evening,” he said, adding that by the end of the program Science Space will have inspired an additional 1000 people that science is all around us!

The gala launch was followed by two family Up Lates, welcoming over 550 people after dark to enjoy Science Space and numerous other activities over two themed evenings.

An astronomy inspired evening featured presenter-led planet hopping in the planetarium, the ‘Best Of’ Science Show with all the big whizz and bangs from Science Space’s extensive show selection and astronomy supported by the Illawarra Astronomical Society. A highlight for visitors was a chance to use  Science Space’s very own 400mm research telescope.

Most recently, a hugely popular Halloween-inspired evening – Spookfest – delighted both staff and guests who embraced the theme of the night by wearing spooky costumes. Again, guests got to explore the exhibition after dark, this time with themed trails and spooky science engagement. The presenter-led planetarium shows took  guests once again on a journey through the Solar system as well. They also got to enjoy a new Science Fiction inspired science show.

The popular Up Late series concludes in November with two adult only events on the program addressing subjects not always associated with science.

On Friday 2 November The Science of Wine welcomes Simon Hall from the Two Figs Vineyard to explain some of the science and chemistry involved with this popular tipple. Following an informative presentation, guests will experience a selection of eight different wines as Simon explains their flavours and subtleties while exploring the exhibition to the sounds of a local band.

On Friday 30 November, The Science of Whiskey will be presented by the team from the Howlin Wolf Whiskey Bar, Wollongong. Guests will learn more about the complex distilling process and gain an insight to how flavours around the world are influenced by variations in the processes. The evening will be complemented by an opportunity to sample some of the magical flavours while enjoying the hands-on exhibition after dark.

Find out more about Science Space. For more information and to book Up Late please got to Eventbrite.