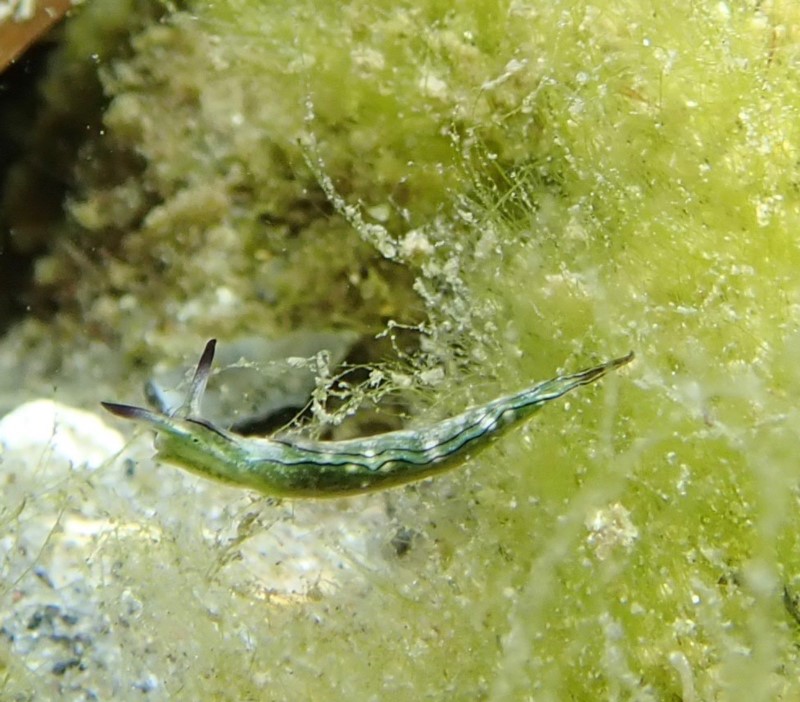 From the 12-20 January, citizen scientists on the NSW Far South Coast participated in the third year of Sea Slug Censuses held in the region. PhD candidate Matt Nimbs from Southern Cross University in Coffs Harbour joined locals to work on their Census and to share his deep knowledge of these amazing creatures. Libby Hepburn reports.

As part of this year’s Sea Slug Census on the NSW Far South Coast, we organised group searches and snorkels. Some people went hunting on their own and altogether we estimate over 50 people took part in this early season census.

Matt Nimbs works with Prof. Steve Smith and together they have helped start Sea Slug Censuses around Australian coasts and now abroad – we were delighted to received a request from Hawaii to join in with us!

These scientists want us to find and record what’s living in all the different coastal habitats and what we can find each year. Because of the strengthening of the East Australian Current, they are particularly looking for species which are moving south into new areas, because of warming sea conditions.

Last year Robyn Wimbush found a Sea Slug in the Blue Pool which was 600km south of its previously recorded range.

As well as being a lot of fun and a fascinating study, we are creating a more complete species list for our coastline and we will be able to see better over time how things are changing.

Matt gave three presentations about the natural history and diversity of Sea Slugs in Eden at the Sapphire Coast Marine Discovery Centre and at the Bateman’s Marine Park Office in Narooma for the Nature Coast Marine Group.

Sea slugs are incredibly diverse creatures, ranging from less than 10mm in length like Elysia australis to really big sea hares like Dolebella which can be 500mm long. They take all kinds of forms, from wonderful camouflage to the gaudiest of colours and shapes, for example the cluster of Plocamopherus imperialis that we found under Narooma Wharf.

Mostly sea slugs seem to be solitary animals, except when they get together to mate and lay their clusters of eggs, but over time we have discovered a wide range of species in our area. Often they glow like jewels amongst the seaweeds and are really exciting to find.

View all the Sea Slug sightings online at the Atlas of Life Coastal Wilderness – you click on any one to see the details of where and when it was found.

Feature image shows an Elysia australis identified near Merimbula Bridge by Atlas of Life convenor Libby Hepburn. Another Census will be held in April 2019 so keep an eye on the Atlas of Life website for details.