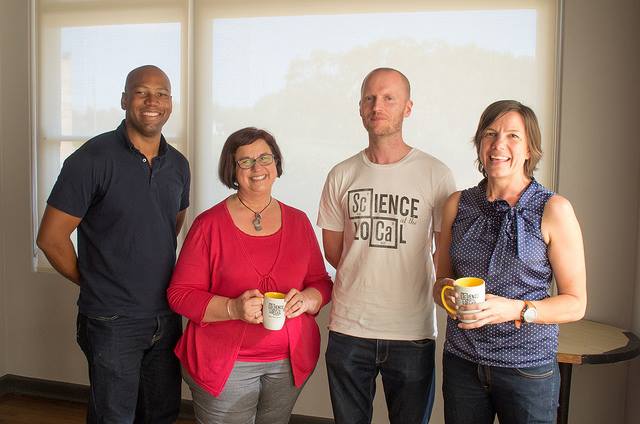 Music therapy for dementia and the Ebola virus headline the first Science at the Local for 2019. The popular community science series supported by Inspiring Australia returns for a fifth year of free, bimonthly talks on Sunday March 17, from 2:30pm at Springwood Sports Club in the Blue Mountains.

First, Dr Sandra Garrido from at Western Sydney University will be speaking about the effects of listening to music on people with dementia.

Then, Professor Edward Holmes from the University of Sydney will speak about Ebola, influenza, ticks and the evolving virosphere.

“2019 is shaping up to be our biggest year yet,” said Science at the Local co-founder Kevin Joseph. “We’ve got another fantastic line-up for our regular series, plus we’re planning special events on bushfire and maritime science, as well as our first ever foray over the mountains!”

An initiative designed to connect community members with scientists in an informal environment, Science at the Local will this year branch out beyond its home in the Blue Mountains having been successful in gaining funding from Energy Australia to run two events in Lithgow. These will take place on 30 June and 3 November, with topics to include diet and metabolism and medicinal marijuana.

“We’ve been lucky enough to win year-round funding from Inspiring Australia again,” said co-founder Hamish Clarke. “This support is huge for us, and for many other science engagement initiatives around the country.”

About the March  speakers

Dr Sandra Garrido is an NHMRC-ARC Dementia Research Development Fellow at the MARCS Institute for Brain, Behaviour & Development at Western Sydney University. She has a background in both music and psychology. Her work focuses on translational research involving arts in health contexts, in particular with people with dementia and depression.

Professor Edward Holmes is known for his work on the evolution and emergence of infectious diseases, particularly the mechanisms by which RNA viruses jump species boundaries to emerge in humans and other animals. He currently holds an ARC Australian Laureate Fellowship and has previously worked in Pennsylvania State University in the US and the University of Oxford in the UK.

Upcoming 2019 events will be on 19 May, 28 July, 15 September and 24 November, all at Springwood Sports Club from 2:30pm. Topics include gravity, koalas, tree mortality, quantum physics and the Yarramundi forensic science facility.

Science at the Local convenes the Blue Mountains Science Hub and is supported by Inspiring Australia and the NSW Government. Find out more and join the community on Facebook