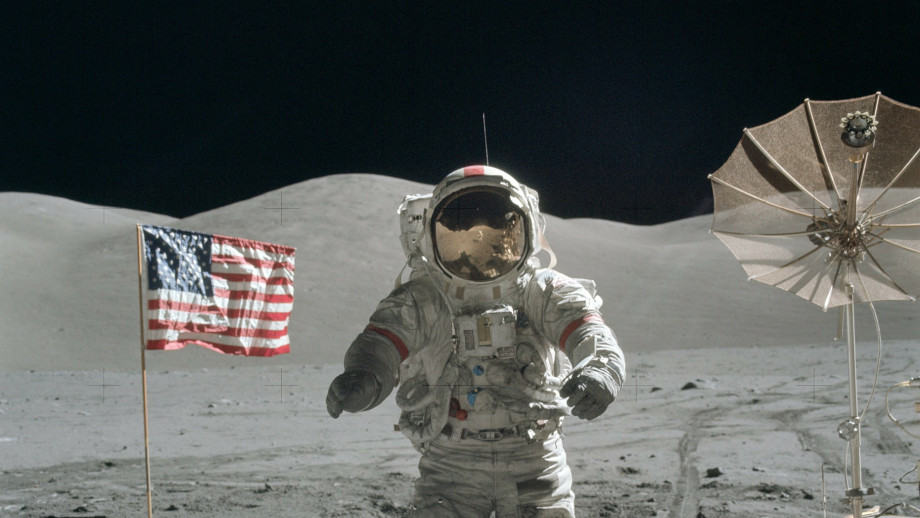 Join special NASA guests at the Wayward Brewery in Camperdown on Tuesday 16 July from 6:30 pm pm for an evening of Planets and parables. Dr Abigail Fraeman (Planetary Scientist) and Liz Landau (Science Story teller) will be the stars of a live recording of the STEMpunk podcast to mark 50 years since the Moon landing.

“We went to the Moon and we returned humans safely, let’s celebrate that,” said Science Communicator and STEMpunk co-host Tom Gordon. “The 50th anniversary of the Moon landing is an event well worth celebrating and an opportunity to remember the hard work that went into it and what happened as a result.”

“At our live STEMpunk podcast recording, we’re going to discuss with some very special guests why we went to the Moon and why haven’t we gone back. We’ll also talk about perhaps the next steps, like who goes back? And when?”

There were many reasons for going to the Moon, says Tom, and while many of these were very successful at the time, we now have new reasons to go to space.

“The significant anniversary of the Moon landing presents a great opportunity to talk about the future. And while we’re at it, let’s talk about where else we should go in space and the reasons for that too.”

Join STEMpunk in celebrating the 50 year anniversary of the NASA Moon landing at the Wayward Brewery in Camperdown.

What: Planets and parables
When: 6pm, Tuesday 16 July 2019
Where: Wayward Brewery
Cost: FREE

In an evening of planets and parables (and probably puns), a podcast panel of NASA’s best and brightest scientists and science communicators will share knowledge and stories of STEM, Space and Science.

On the panel to discuss the 50th anniversary, what that means for the past and the future of planetary exploration are two NASA guests: Dr Abigail Fraeman (Planetary Scientist) and Liz Landau (Science Story teller).

Dr Abigail Fraemen is a planetary research scientist at NASA’s Jet Propulsion Laboratory in Pasadena, California. Her research focuses on unraveling the geologic history of Mars and other rocky worlds in our solar system using data from robotic spacecraft missions.  Dr. Fraeman is a member of the Curiosity Mars rover science team, and she was the deputy project scientist for the Spirit and Opportunity Mars rovers from 2016 to 2019.

Ms Elizabeth Landau is an award-winning science writer, editor and multimedia producer. In her “senior storyteller” role at NASA, she works on astrophysics content for the NASA website and produces the “Gravity Assist” podcast. She also writes for Smithsonian, Scientific American and other top publications.

This free event will be recorded live and released as a STEMpunk podcast.