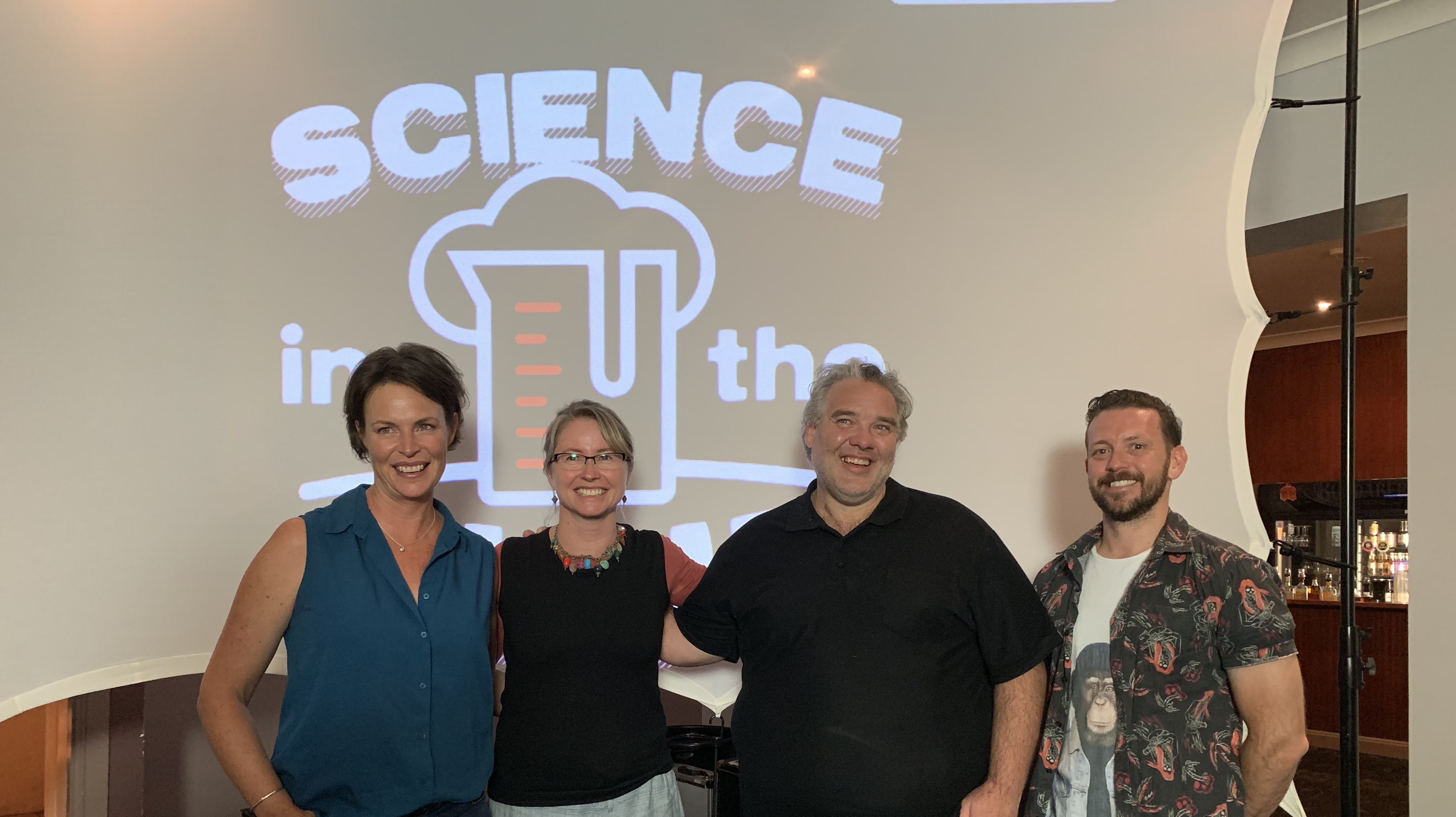 Look no further for your fix of science in the New England region. On the chilly winter night of Wednesday 26 June, the New England North West Regional Hub and partners, including UNE Discovery, will be hosting their next Science in the Club event – the 24th in a series of science engagement pub events supported by Inspiring Australia that have now been running successfully for four years.

Science in the Club is an open invitation night of talks, trivia and Q&A on topics from quantum computing to agriculture in a changing climate; from the science of lifestyle diseases to dinosaurs and fossils.

The informal and relaxed atmosphere is accompanied by pub food and local beers to create a regular, and increasingly popular, science forum for curious citizens. Over 2000 people have participated in the Regional Science Hub’s pub nights.

Armidale boasts a vast array of scientific talent from the local University of New England, CSIRO, Office for the Environment and Heritage, Landcare, Local Land Services and more and Science in the Club is an opportunity to lift their heads above the lab bench or academic journals and tell their stories to others.

The Regional Science Hub also attracts researchers and science communicators from across Australia; there have been eight national and international researchers involved in Science in the Club since its inception.

Valentine’s Day 2019 was a chance to celebrate the neuroscience of sex and love, and partner with a local private school, PLC Armidale, to bring Dr Sarah McKay of The Neuroscience Academy, to Armidale. She joined local neuroscientist Dr Adam Hamlin to unpack the complexities of the brain in all things love, sex, gender, motherhood and happiness.

Of the 24 events over the four years, nine have been Pint of Science showcase events, forming part of the Australian nation-wide program of science talks in the pub. This year, Armidale was one of 19 venues around Australia that hosted Pint of Science.

Events like these – informal, accompanied by beer, food and friends – are increasingly important in building connections between scientists and non-scientists, a university population and ‘townies’, and agriculturalists and researchers.

We are lucky to live in a cosmopolitan and educated regional centre where opportunities to debate, chew the fat and indulge your curiosity are available. But keeping perspective, and understanding views of others is crucial in our complex world.

Feedback from Science in the Club events includes surprise at the diversity of participants and interactivity – “[the event] brought the community together to share science.”

That more than sixty people regularly attend the pub for a night of science is testimony to the assortment and talent of topics and speakers, value of fabulous trivia and interest in spending time this way.

The appeal and audience of Science in the Club continues to grow and we have big plans for its future. As Armidale continues to attract scientific talent from all over the globe Science in the Club will continue to showcase their work to the New England region. In the coming years we will visit new venues, new communities and new audiences to share scientific knowledge as far and wide as we can.