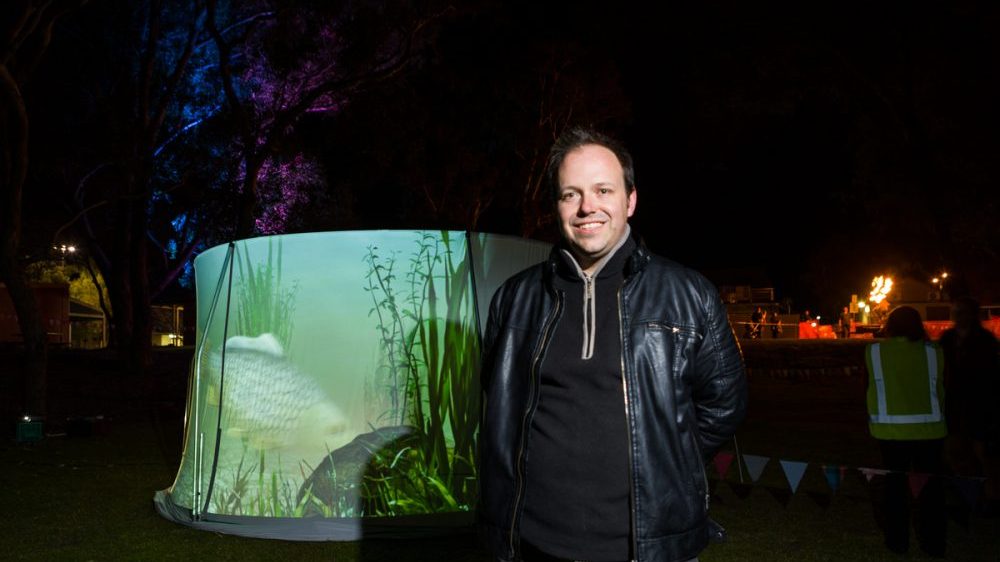 During National Science Week, the unique film Pygmy Perch 360 will go on tour to Holbrook, Tumbarumba and Corowais from 14-16 August. This immersive, 5-minute, short film experience was developed by the Murray Science Hub in 2018 to highlight the plight of the threatened local Pygmy Perch.

Screened entirely in the round, using a KMART trampoline frame and rear projection technology, audiences can enter the world of Pygmy Perch and truly learn about the species struggle.

The Pygmy Perch 360 film is not only an educational tool to stimulate discussion about river health and the plight of a threatened species but is also a technological & artistic piece of wonder and excellence.

The 2019 National Science Week tour will see the film screened in Holbrook, Tumbarumba and Corowa. Eeach screening will be FREE and run for 2 hours.

The events will appeal to a broad age range and delight those aged 2 to 102, and organisers are confident that each community will thoroughly embrace the opportunity to learn about the Pgmy Perch and how to protect its precious habitat.

Meet a scientist working to save the Pygmy Perch

As the film plays on a 5 minute loop, interested audience members can talk to scientist Luke Pearce, the region’s resident champion of Pygmy Perch. Luke will even have a fish tank with a few real-life Pygmy Perch on show.

The National Science Week tour of Pygmy Perch 360 aims to inspire an enthusiasm and interest in local scientific research by presenting it in a contemporary and engaging experience.

Pygmy Perch 360 was created with support from Inspiring Australia. For more information about the 2019 tour visit the Murray Arts website.