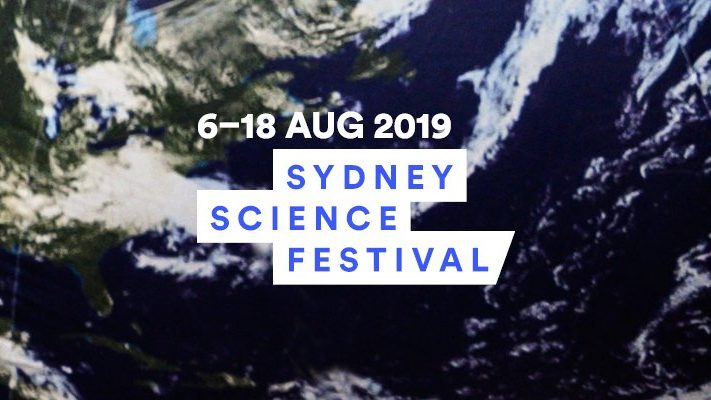 The citywide program also features a wide variety of Sydney scientists who’ll deliver short talks about their research as part of Talking Science, a series curated by Inspiring Australia in partnership with local libraries. Hundreds more researchers will participate in science week activities on campus and in parks, gardens, museums, community centres and galleries, including as part of the inaugural Soapbox Science program at Circular Quay.

Produced by the Museum of Applied Arts and Sciences with support from the Australian Museum and Inspiring Australia, the fifth citywide Festival to mark National Science Week in Sydney comprises a huge range of events across the city from 6 –18 August.

In the middle of a jam-packed two week schools’ program at the Australian Museum, Super Science Saturday returns for a community day that includes live animals, hands-on experiments and outrageous science demonstrations, including activities to appeal to the littlies, teenagers and parents. There’ll be a free day for children at Taronga Zoo, in collaboration with the University of Sydney, for families to experience first-hand conservation science in action, as well as large scale free events in Centennial Park, the Royal Botanic Garden, Sydney Olympic Park, the Australian Botanic Garden Mount Annan and the Blue Mountains Botanic Garden Mount Tomah.

Among activities at the Powerhouse Museum will be the Appollo 11 exhibition commemorating the 50th anniversary of the Moon landing, a Big Science Day featuring a Hidden Mathematics talk with Festival Ambassador Eddie Woo and a panel of leading female scientists who will discuss Australia’s unique opportunities in the new space race. Activism in the age of climate change will bring climate change champions together to share insights into projects that are making a difference, including Ambrose Hayes, a student organiser for School Strike 4 Climate.

A festival highlight at the Australian National Maritime Museum on 13 August will be State of our Oceans with Sylvia Earle, a night of stunning imagery and lively conversation a featuring legendary oceanographer Dr Sylvia Earle, marine scientist Professor Emma Johnson AO and multi-award-winning international nature photographer Michael Aw who will share fascinating stories from the field.

Other highlights supported by Inspiring Australia include:

As part of Sydney Science Festival, Sydney’s universities have each developed a suite of outstanding science engagement offerings including:

Visit Sydney Science Festival to browse the full program or find an event near you on the National Science week events directory.

Inspiring Australia is a Founding Partner of Sydney Science Festival, established in 2015 to unite Sydney’s science engagement efforts and amplify the impact and reach of National Science Week.