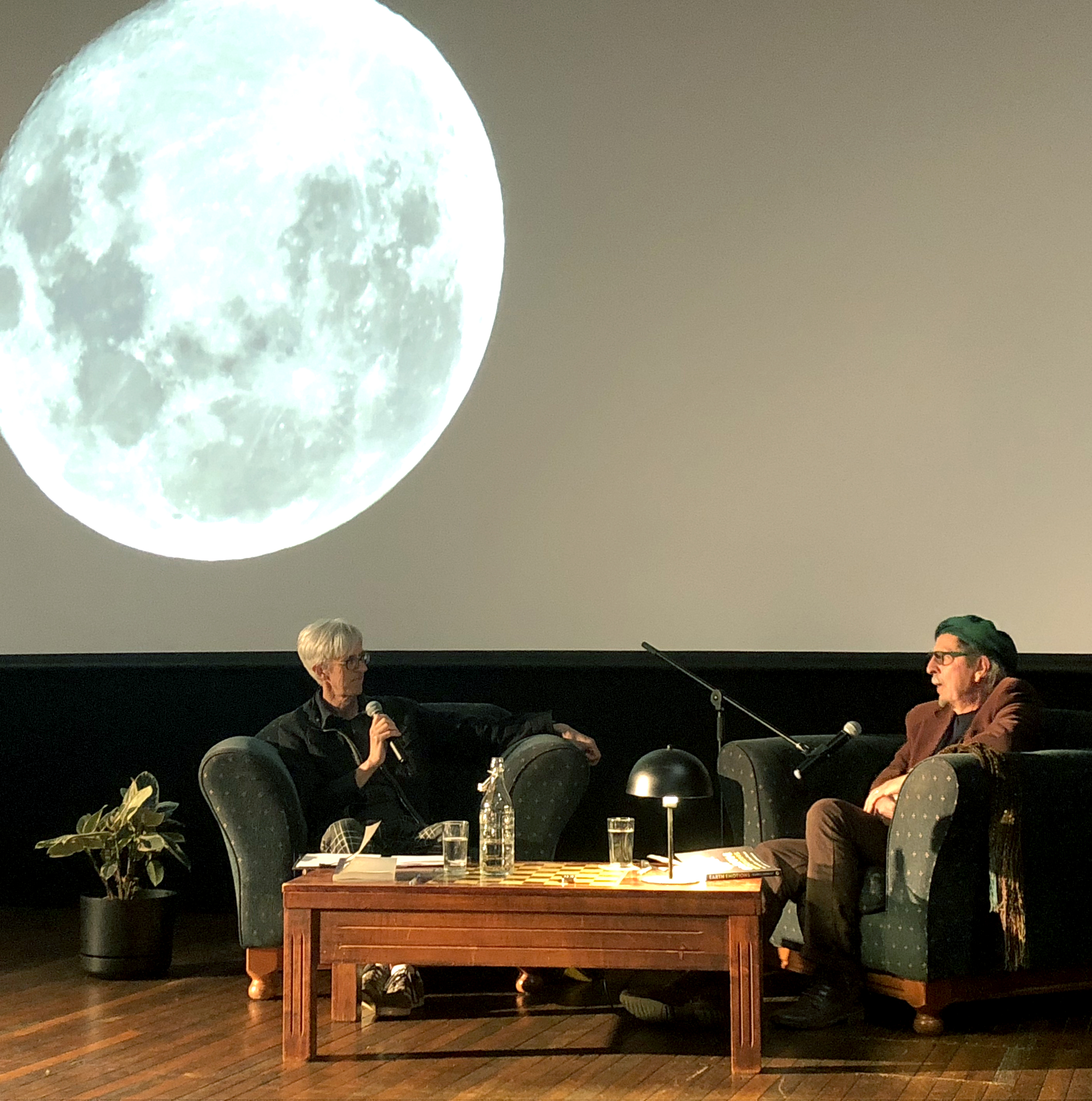 National Science Week in Dungog began on a cold windy afternoon on Saturday 10 August with environmentalist and philosopher Dr Glenn Albrecht opening the region’s Festival of Science with a conversation about his new book, Earth Emotions.

A crowd of almost 70 people in the James Theatre enjoyed the first event of the Festival presented by the Paterson Allyn Williams Science Hub. The impact of the interview was so great that at the end of the event there was a long queue wanting to buy the book, which quickly sold out, leaving a lot of people seeking a different way of making the purchase.

Glenn’s book is based on his feeling that although brilliant scientists are expressing concerns about current environmental issues they are not succeeding in making an impact. This is because they are not keying into the feelings that control our emotional responses, and it is these emotional responses that are needed to bring about change.

Glenn has coined his own words to describe these emotions: and many are now being used worldwide. For example, “symbiocene” (representing a healthy symbiotic relationship between humans and nature) and “anthropocene” (indicating the age where all Earth impacts are dominated by humans) are both terms now being used by the United Nations.

Negative emotions include “solastalgia”, the feeling of pain or distress caused by a changed local environment that used to provide us with solace. Or “ecoparalysis” where we have become numb to environmental issues, and “meteoranxiety” which is anxiety about the weather. The list goes on but fortunately there are positive emotions too, for example “endemophilia” or love of our local natural area, and “euterria” for the extraordinary feeling of being one with nature (or “off with the birds”).

Glenn feels we are at the tipping point between the destructive negative emotions and the creative positive ones and it is important that we give young people the power to work with their positive emotions. John’s interview with Glenn left everyone with plenty to talk about in the short break before the next event.

In the evening it was back to the James Theatre for an amazing range of films from the International Science Film Festival.

The first was of particular interest because its director Juliette Martineau, had flown out from the UK specifically for the Dungog screening of her engrossing short Smart Slime?

Slime moulds are huge single-celled organisms, known to eat rotting timber and fungi. But they can also be used to solve problems involved in finding the shortest pathway to a food source. Juliette’s film asks the intriguing question, “is this intelligence?” Juliette was also a great story-teller in her Q&A with the audience of 50.

Other films from across the world featured through the program: a wry short about a “left-handed” snail called Jeremy that made every viewer determined to check the direction of coils on the shells of their garden snails before they squashed them, a heartfelt Irish film about strokes and the clots that cause them, and a long film about the first face transplant carried out in Canada that left the audience in awe (sometimes staring through their fingers though) at the compassion and anguish of a team of surgeons.

With so much to talk about some of the audience adjourned to The Settlers Arms for food, drink and a lot of discussion. It was a grand start to our festival.