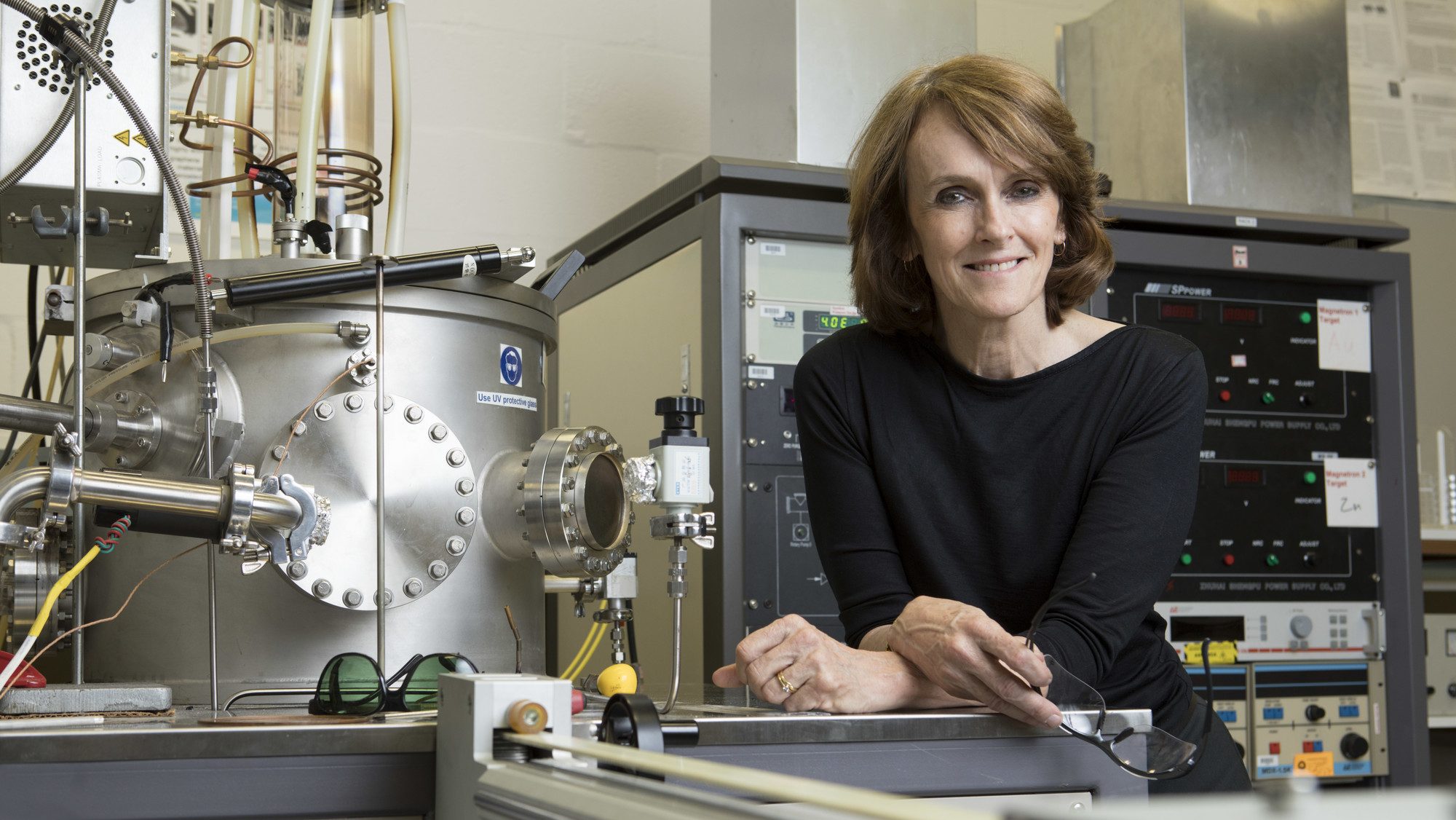 The distinguished Chief Scientist has been with the CSIRO for 34 years in 20 roles, contributing immensely to our understanding of superconducting materials with her research expertise covering fields of solid-state physics, superconductivity and nanotechnology.

Presenting on the topic of Future of Science: 2040, Dr Foley examined the unprecedented period of change that science in Australia is undergoing and the effects it will have on our lives as we know it.

She spoke about the opportunities coinciding with rise of data production and collection, the enormous volume of new research being produced as well as global challenges facing society, all contributing to a new era of science where innovations in technology are integrated into the majority of solutions.

“To solve the problems, something has to change, ” she said, before going on to imagine what our future industries look like?

Dr Foley explained that by combining digital capability and domain science, we have already arrived at a point where data is being described as “the new oil”.  The future digital world will have increased capacity to create digital twins of environments, potentially allowing for real time testing of possible solutions and their impacts.

Biotechnologies such as self-healing materials are on the horizon, along with synthetic biology that is set to lead a whole new bioindustry. This fusion of knowledge represents what Dr Foley describes as a “transdisciplinary merge of biotechnology information, technology, manufacturing, and automation”.

Dr Foley also touched on the importance of merging ancient Indigenous knowledge with scientific understandings to solve environmental problems at scale. By drawing on information from the past and integrating it with modern technologies, she said we would be more able to generate solutions for the future.

Recognising that knowledge and information are changing rapidly with the amount of scientific knowledge more than doubling year on year, Dr Foley spoke of the challenges in dealing with huge volumes of knowledge that “fight against each other”.

“It is becoming increasingly harder to solve problems as a solution for one issue will impact negatively on another,” she warned.

By visualising data and enabling brain-computer interfaces Dr Foley spoke about the benefits of adopting novel new ways to present huge data sets in a comprehendable way, allowing for more efficient decision making based on data from previous studies.

“Further, artificial intelligence and machine learning will allow for accurate models to be created and start a culture of “data driven learning” utilizing the vast amount knowledge we’ve acquired to drive future decisions,” she said. “For all this to occur, systematic change is needed. We must connect the system, lift productivity, accelerate innovation”.

Disrupting the current system and creating more movement between the sectors would allow for having students in government labs, and industries moving across each other so they can share information, experiences, and have rich and fulfilling careers.

“By increasing collaboration, supporting start-ups, and attracting talent, as a nation we could make up for the $315 billion of digital industries we’re currently missing out on,” Dr Foley said.

Dr Foley concluded her address by calling on Australia to inspire the nation and make a difference by ensuring greater awareness of the exciting future opportunities arising from careers in STEM.

Guest post by Shreeya Haridas, Science (Biotechnology) & Creative Intelligence and Innovation student at the University of Technology Sydney. Dr Cathy Foley spoke at NSW Parliament House as part of the NSW Science and Research Breakfast Series. Watch a video of her presentation here