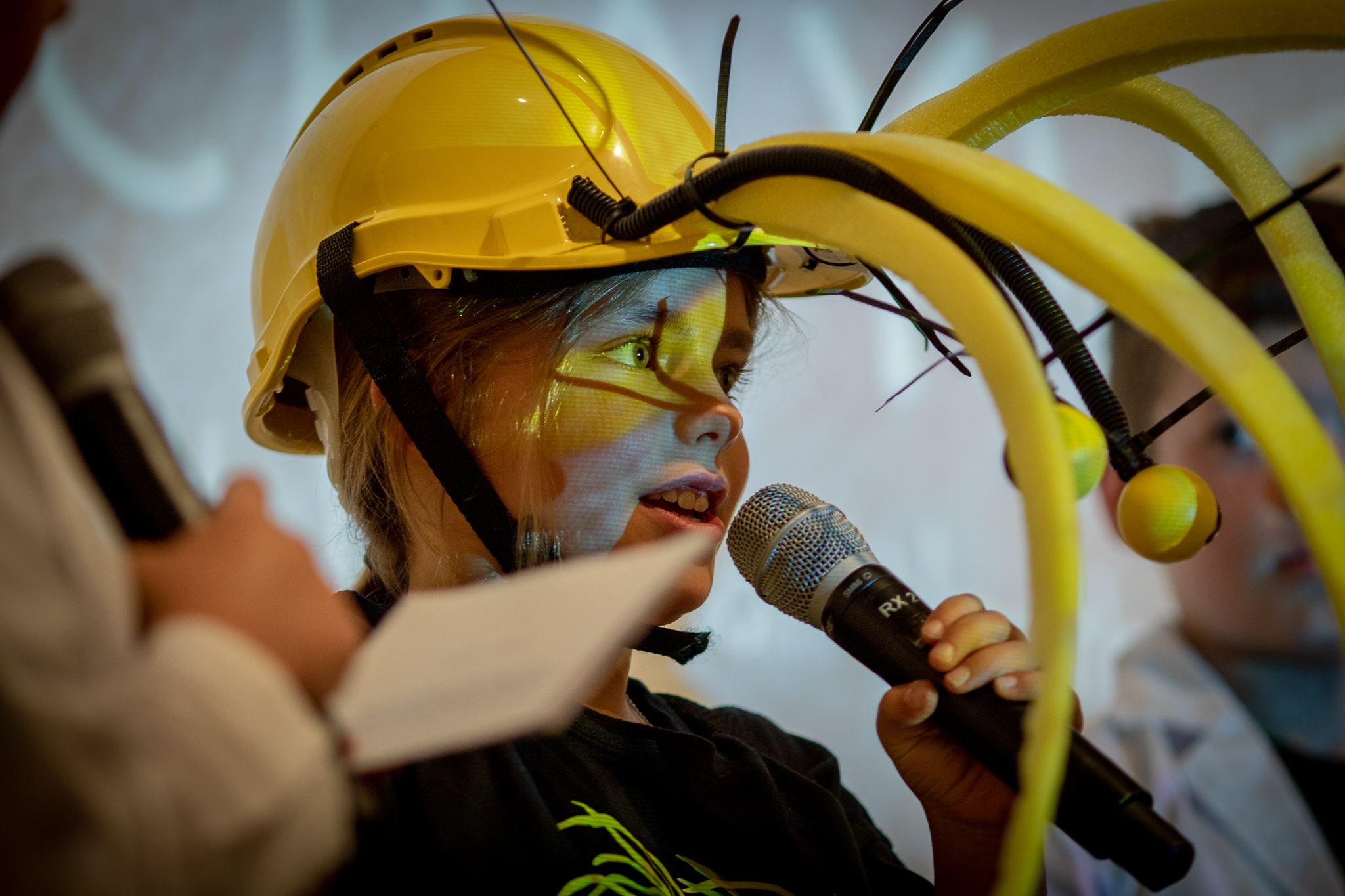 A creative collaboration between artists, scientists and primary school kids has culminated in a new film that was launched by Zali Steggall OAM, the Independent member for Warringah, on Sunday 24 November at the Manly Art Gallery & Museum.

Operation Crayweed is an environmental rehabilitation project that is restoring underwater forests of crayweed along 70 kilometres of Sydney’s coastline from Cronulla to Palm Beach.

Crayweed, an important species of seaweed, was lost from the Sydney coastline in the 1980s – most likely due to sewage pollution. Although water quality has improved dramatically since then, the crayweed forests have not naturally returned.

Operation Crayweed is bringing crayweed back to reefs where it once flourished, and re-establishing this essential habitat and food source for Sydney’s coastal marine biodiversity.

The students first learnt about Operation Crayweed from SIMS marine scientists. On an excursion to the Long Reef rock platform, they learnt first-hand about the importance of sustaining a healthy marine eco-system of sea fauna and flora. At SIMS’  laboratory in Chowder Bay, they saw sea-creatures under the microscope and learnt more about the seaweed currently being restored to Sydney’s coastal waters by Operation Crayweed.

The year 4s’ newfound scientific knowledge was imaginatively expanded through the creative process of drawing, song-writing, singing, and dancing to make the animated film with the artists, musician and filmmakers. In art workshops, they created drawings for the film’s animation sequences. They wrote and recorded the words for the film’s Crayweed song and danced in sea creature costumes for the film’s song and dance sequence.

This film is the latest in a series of art/science collaborations between Turpin Crawford Studio and SIMS/UNSW.

With this project, Turpin Crawford Studio hope to engage young people everywhere in the protection of their marine environment. These students have become enthusiastic young ambassadors for marine health and the importance of crayweed restoration. They join a growing  Crayweed community, creatively promoting the value of a healthy marine ecosystems.