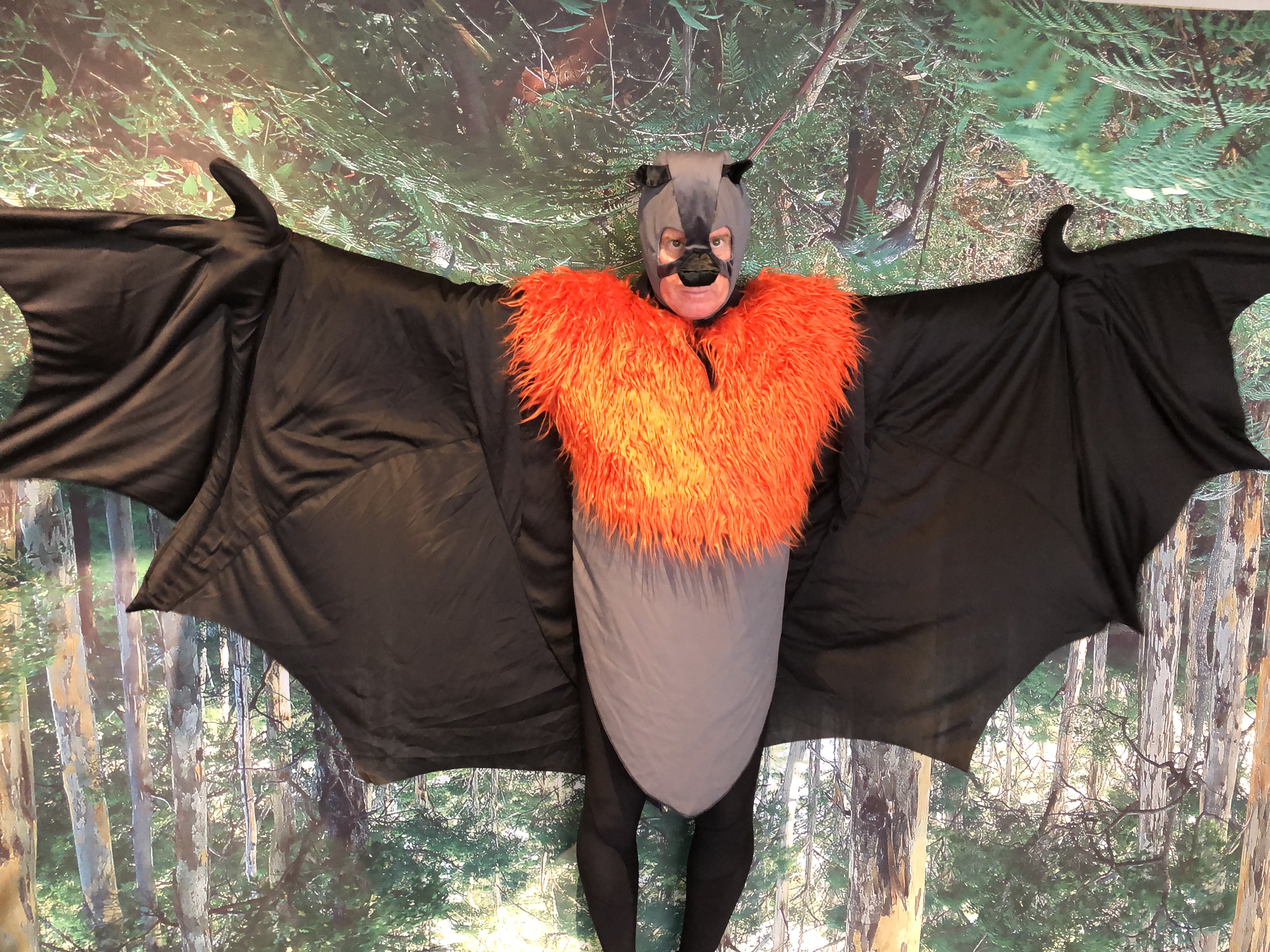 The Community and Education Programs Team at the Botanic Gardens and Centennial Parklands is excited to begin a new project with the Eaton Gorge Theatre Company to produce a suite of short online skits introducing themes of nature and the environment to children and families.

Three resources are planned so far for this year – on the themes of flying foxes, native bees and trees – with videos being accompanied by an activity resource pack, enjoyable for the whole family.

The skits will be filmed with actors playing the part of mischievous bats, persistent pollinators, talking trees and more. With the help of Botanic Gardens and Centennial Parklands ecologists, botanists and horticulturalist, the skits aim to present real ecological science in a fun, playful way.

The first short video, A Bat’s Life, begins filming this week and aims to increase people’s understanding of the important role flying foxes play in biodiversity. Sometimes getting a bad rap for their noisy and smelly colonies, these native Australian animals are a threatened species, important pollinators and seed dispersers for a range of Australian native plants, and when you look closely, are rather cute too!

Production of A Bat’s Life is expected to be finished late-May in time to celebrate Bat Month.

You will be able to view A Bat’s Life online in the Botanic Gardens and Centennial Parklands Living Learning resources pages. Visit them now for lots of ideas of how to have positive, fun, interactive learning experiences with nature and watch this space for the new science skits coming soon.