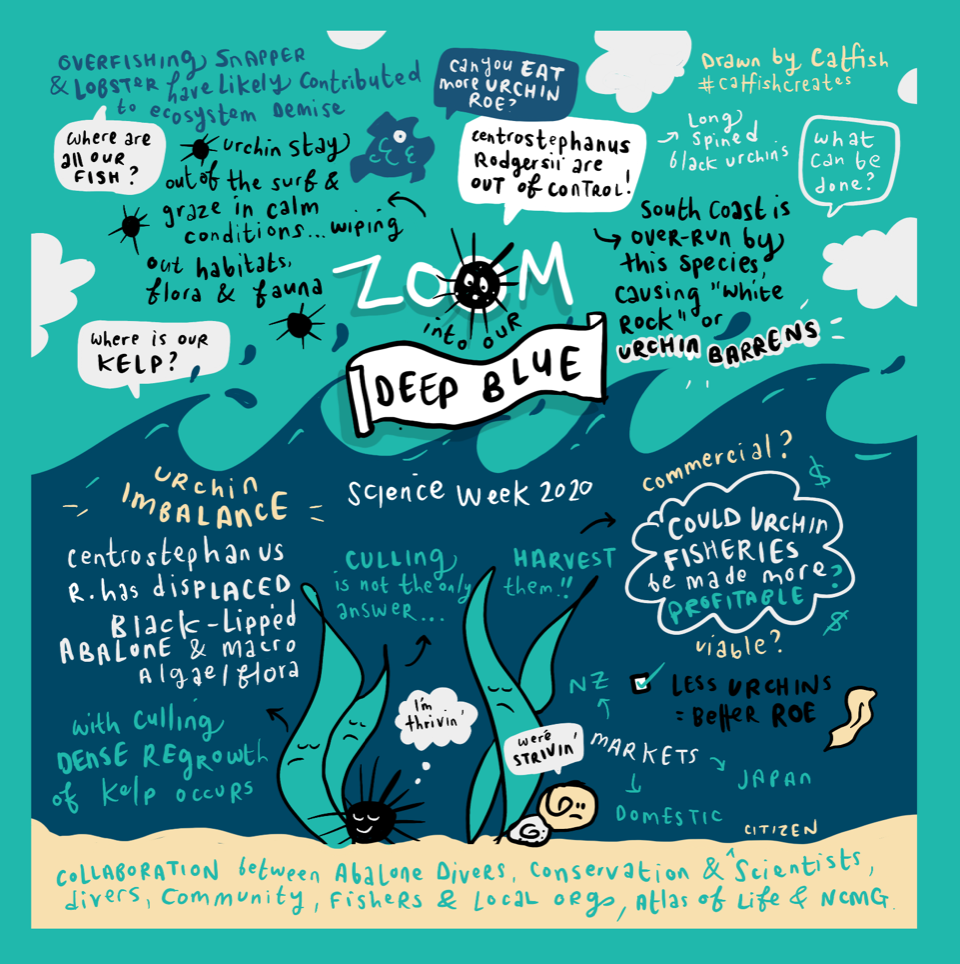 A huge array of engaging new content was produced for National Science Week’s 2020 virtual edition, including a variety of podcasts, films, workshops and webinars supported with grant funding from Inspiring Australia NSW and the Australian Government. Many of these initiatives continue to be available online. They represent just some of the 250+ science week experiences presented across NSW, and more than 1200 national initiatives, including in Australian schools.

Inspiring Australia NSW sincerely thanks our many research, academic, community, cultural and business partners for rising to the challenge of this year’s COVID-19 restrictions. Together, we quickly acquired the skills needed to create a sensational, virtual celebration of science to mark this year’s National Science Week campaign. Congratulations to all involved!

Highlighted projects listed below include some of those Inspiring Australia NSW supported with science week grant funding and others produced by universities and individual researchers that you can continue to enjoy online.

Be amazed by 50 virtual science experiences in the Sydney Science Trail developed by Royal Botanic Garden and Australian Museum with support from Inspiring Australia NSW.

Enjoy new music inspired from nanoscience that was performed live in the studio each day of science week on FBi Radio. Live from the Lab is a celebration of science, music, arts and culture. Through partnerships and collaborations between artists and scientists, Live from the Lab brings science to new audiences and celebrates its place in our shared culture.

The Deep Blue On my Doorstep podcast series produced by coral researcher A/Prof Tracy Ainsworth introduces listeners to leading Australian researchers as they look to the future and what is needed to protect the blue spaces on our doorsteps.

Dr Karl’s House Party was a chance for everone to kick off National Science Week 2020 with an awesome house party. Streamed live into lounge rooms, audiences learned about all manner of whacky scientific phenomena such as the animal that has to grow an anus each time it wants to defecate, how spiders can fly for thousands of kilometres and also count, why dead fish can swim indefinitely, and why humans have been making coffee the wrong way for six centuries.

#BatteryLow is a unique outreach event presented by Arludo. During science week, 17,000 people joined a livestream broadcast with different scientists as they played videogames and chattted about their work over several hours.

My STEM Story produced by UTS presents a series of personal video messages from professional women in STEM who hark from regional backgrounds to their former, younger selves.

Find out what is the most effective personal action you can take on climate change in this cross-disciplinary climate action panel that was facilitated by Lee Constable with Professor Lesley Hughes, Greg Bourne, A/Prof Caroline Fisher, Katerina Gaita and Tennant Reed.

Should the Moon have personhood? This fascinating discussion facilitated by Annie Handmer with Donna Lawler, Michelle Maloney, A/Prof. Alice Gorman, Gabriel Harris and Ceridwen Dovey about the ‘NewSpace’ industry asked what it would mean to the space industry if the Moon was a stakeholder in the decision-making process. How would we mine or inhabit the Moon in a sustainable and legally appropriate manner? Where do ethics, First Nations people and heritage fit in?

How to Maximise Research Impact? asked how researchers can boost their scientific discoveries for the benefit of our broader society.

A series of engaging conversations with women working in a wide range of nuclear science careers. Explore the science behind somewhat controversial misconceptions and find out about the diverse jobs and applications of nuclear science in medicine, sustainability and energy. Watch the webinar series on YouTube

Meet microbiologists in the new JAMSpod including those working at the pointy end of pandemics. Getting to know your friendly microbiologist explores what motivates and inspires them and the global challenges they help solve.

Meet 12 amazing researchers who share their STEM journeys to excite, intrigue and inspire you with their work and their passion for their jobs.  Soapbox Science Sydney is all about promoting women in STEM and creating role models for women and girls interested in science and technoogy careers.

Get involved in the E$$ENTIAL MEDICINE$ project and explore questions about open source approaches to the treatment of ancient and emerging diseases, including COVID-19. Meet scientists involved in the Breaking Good Initiative advocating for everyone in the world to have access to the medicines that they need.

Discover how algae is a sustainable resource and its potential use in fashion, retail, food and beer through this dynamic panel discussion Brewing a greener future that was held at the Young Henry’s brewery in Sydney.

Discover Indigenous perspectives of the night sky with Kirsten Banks, an engaging astrophysicist whose passion for astronomy also attracts huge audiences on TikTok!

Meet plant scientists and ecologists working to understand plant diseases and insects and protect habitat from biosecurity risks. Try your hand at botanical illustration and digital animation in online workshops led by professional artists. Encourage young people you know to be a biosecurity warrior! Dozens of virtual experiences are available as part of PlantX!

Watch an animated film about bushfires created by Dr Hamish Clark, co-convenor of Science at the Local, to understand the elements that contribute to risk.

By Jackie Randles, Manager Inspiring Australia NSW. Feature illustration by Cath Leach of Catfish Creative represents a discussion on collaboration between scientists, abalone divers and sea urchin processors that was facilitated by the Atlas of Life on the Coastal Wilderness as part of the 2020 Sapphire Coast Science Festival.