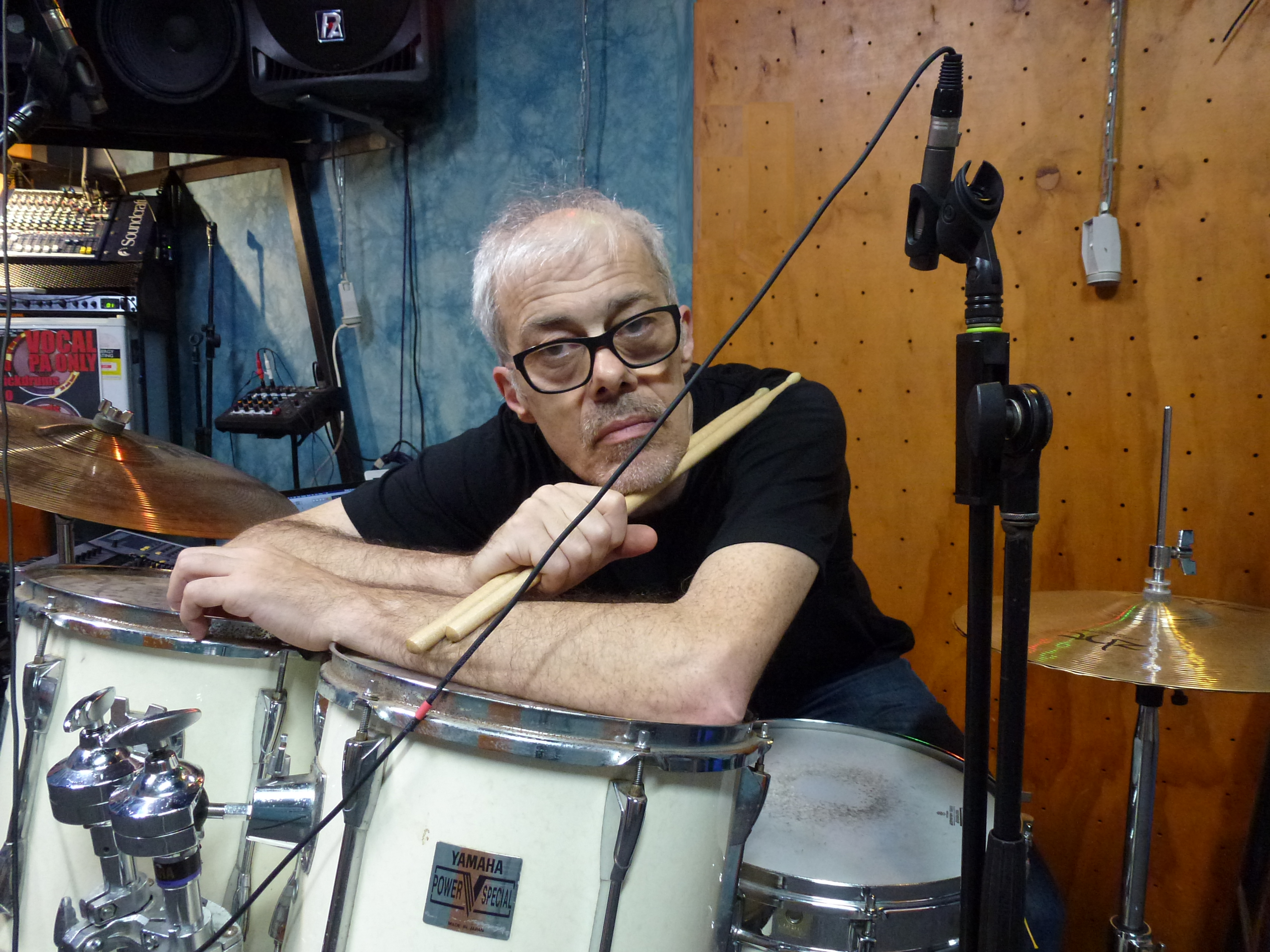 Dr Mark Temple is senior lecturer at Western Sydney University who uses audio as a means of finding out more about genetics. A former musician who played drums with Indie rock band The Hummingbirds, Mark’s interest in sonification and turning DNA and RNA into music arose as a means of bringing together his two lifelong interests: science and music.

During his PhD, Mark studied protein-DNA interactions during gene expression and the interaction of anti-cancer drugs with DNA in human cells. As part of his post-doctoral research he studied ageing and oxidative stress using baker’s yeast as a model organism.

Over the past few years, Mark has become increasingly interested in developing bioinformatics tools for genome-wide dataset analysis and for the sonification of biological sequences. This work intensified during March 2020 when he began working from home.

When the phone stopped ringing and Mark was out of contact with other researchers, he had an epiphany: he would use the occasion of lockdown to bring the two things he knew how to do best together.

“As a musician, part of me missed the analytical process of science. Then as a researcher, I’d always had a feeling that somehow my music had held me back as a scientist,” he said.

Through a dual process of sonification and composition, Mark is today enjoying being both a scientist and a musician, shedding new light on how we can increase our understanding of the Coronavirus using computer code to generate audio that can then be addressed musically.

As a scientist, Mark began turning the Coronavirus genes into music by assigning each genetic letter contained within SARS-CoV-2, the virus that causes COVID-19, to a computer generated musical note. The resulting compositions provides up to two hours of repetitive melodic sequences that sonically represent all of the Coronavirus genes.

“The sonification in itself, while rhythmic and melodic, was not very musical since it lacked any arrangement into song structures. So, I invited other musicians to respond to this sequence of notes in a musical way, without paying heed to the science.”

When addressed as an element in music-making, the SARS-CoV-2 sonification becomes a voice to which other instruments are added. The result is a series of beautiful new compositions that can best be described as scientifically informed.

“When you play music with someone, deep bonds are established,” said Mark, describing how he had run into a guitarist friend, Mike Anderson by chance during Sydney’s COVID-19 lockdown. “I asked him if he would like to play along to a sonification of the Coronavirus and he agreed.”

Unlike scientist friends who had to be reminded to stop thinking scientifically as they played along to the sonified SARS-CoV-2 sequence, Mike understood what his friend’s Coronacode compositions were intending to do.

“As a musician, you try and cut off the intellectual and conscious mind. I just went with the flow of the music, using the sequence as a chance for me to respond musically to a voice,” said Mike, adding that the process helped him demystify Coronavirus.

“I didn’t think about the virus at all as I played. But at the same time, improvising in response to a sonification of the SARS-CoV-2 RNA sequence helped take the fear out of the virus and made me realise that the more we can understand this disease, the better our chances of being able to find a way to manage it.”

Having had mixed responses to this project, Mark wonders whether people will want to listen to a piece of music that reminds them of the Coronavirus.

“Am I making music out of something truly awful?” he asks.

“As a scientist and a musician, my aim is to connect with others to create a musical response to Coronavirus that can spark conversations that I hope may lead to further exploration and understanding of the science.”