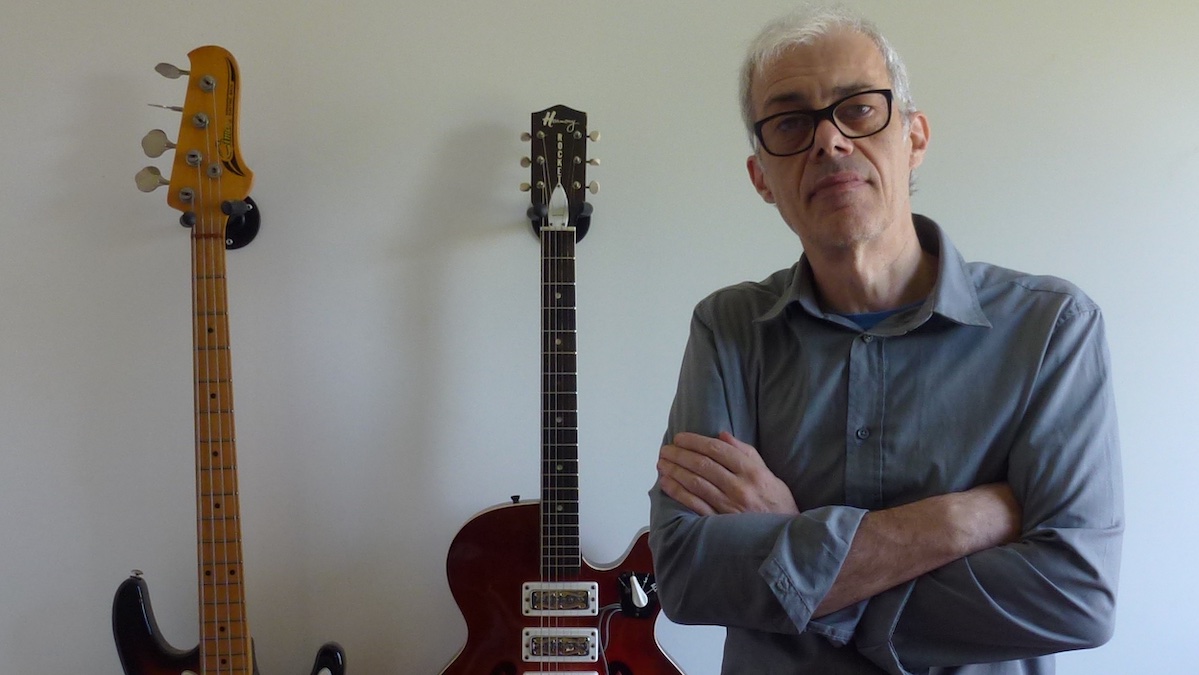 Mark Temple is a molecular biologist at Western Sydney University who uses audio for DNA sequence analyses within his research. The use of audio for data analysis is called sonification and it is becoming increasingly popular as a research tool.

“In my more recent sonification work, I made the effort to make the audio more tuneful and harmonious so that it could be listened to for long periods of time. On reflection, I was quite taken with the musicality of the audio and decided to have a go at writing some music to accompany it.

“This has taking me down a whole new research path to think about the science of music. How does music work, how do some things stand out and how do others blend into the overall sound? I thought about this whilst I was writing computer code to convert the DNA sequences into audio. It turns out that musical thinking improves the outcomes of the science research, and this allowed me to blend multiple layers of audio (and therefore more layers of data) into a single audio track.”

Earlier this year Mark made a record based on the science audio with a bunch of talented Sydney musicians. They composed music with the slightly strange computer-generated audio. It’s a fascinating project that has produced music that is receiving widespread praise.

“I begin making music to the strange sounds of the DNA by playing drums to the computer-generated audio, I then take this to the musicians as a starting point”

For the upcoming National Science Week event Science Meets Art: An evening of Sonification and Music Mark has been working with an ensemble of musicians and academics from both the sciences and the arts. Together they will accompany audio derived from the Coronavirus genome and the Myrtle Rust genome. Myrtle rust is an invasive disease that could be disastrous for Australia’s diverse plant life.

Within this ensemble Mark will play drums and control the audio from the DNA sequences, and will be joined by some special guests. Freya Schack-Arnott from Offspring Ensemble will play cello. She will be joined by Phillippa Murphy-Haste on clarinet and viola, and Nick Calligeros on trumpet. Phillippa and Nick play together in the improvising collective Microfiche who have just finished a tour of regional NSW in support of their new record Everything and Other Infinities.

Professor Julian Knowles will also play guitar with the ensemble as well as perform a short solo piece. Julian plays guitar with his own band Even As We Speak, who recently toured the UK. In his academic work Julian has sonified various data for exhibition including This Visceral Landscape.

Dr Tim Byron from University of Wollongong will play keyboards. As a music psychologist he has been investigating earworms and what causes certain tunes to get lodged in our minds.

Completing the National Science Week line-up and helping to hold things together at the bottom end is The Insufferable Paul Scott. Paul has played bass and guitar for various Australian acts, playing overseas and everywhere from community halls through to the Sydney Opera House.

Dr Cameron Webb from the University of Sydney will also be talking and presenting some of his work. Cameron is well known for his research into mosquito-borne disease surveillance and management. Cameron has his own Seaworthy project focusing on ambient dronescapes and melodic guitar loops that are sometimes inspired by the sounds of wetlands. Seaworthy might just be Sydney’s top purveyors of polite music.

Science Meets Art: An evening of Sonification and Music