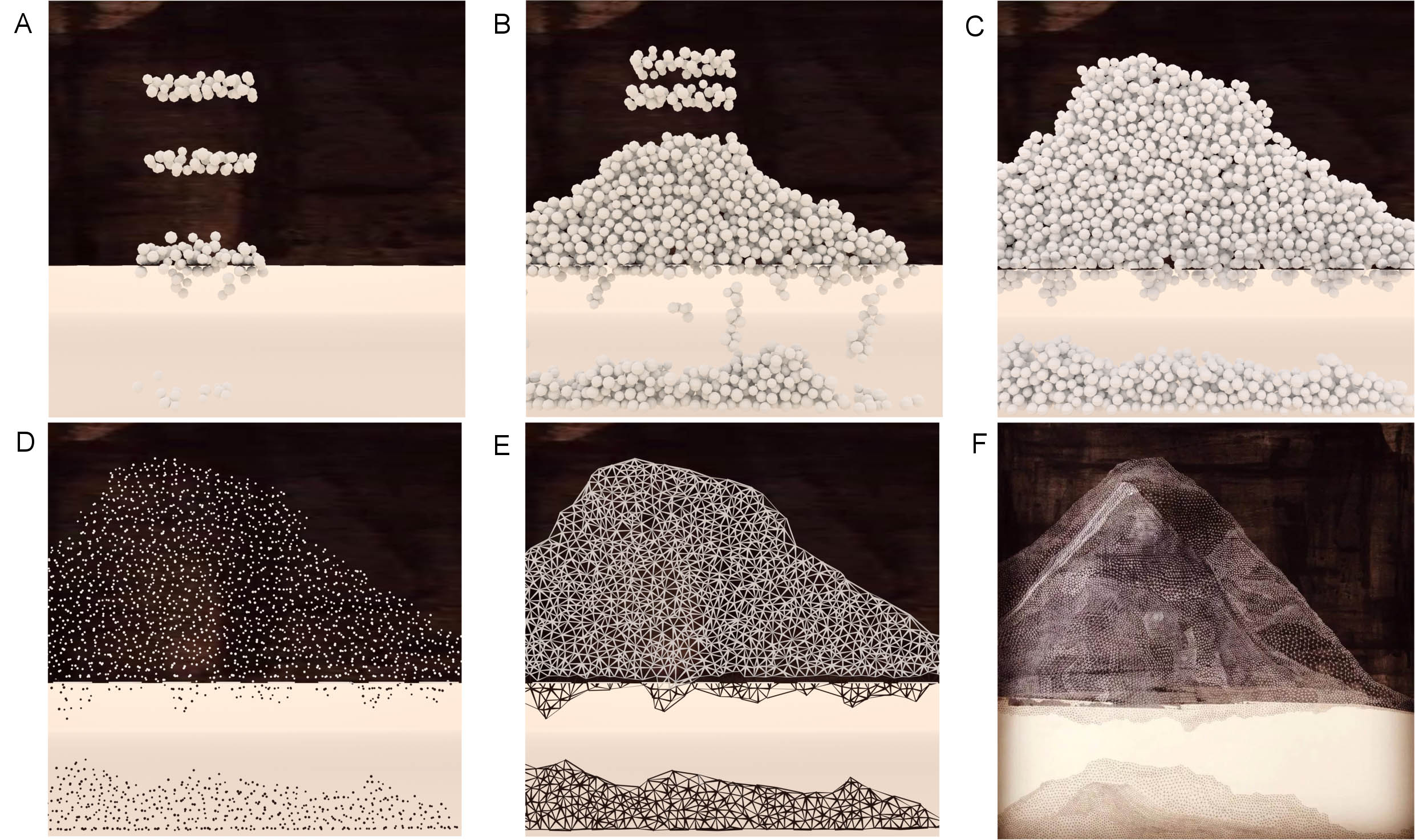 Could the interface between art and science be more than just a source of inspiration and instead be used to unlock new scientific approaches?

Art and science may seem light years apart, but according to a team of civil engineers they’re simply different ways of making sense of the world.

A new paper led by University of Sydney Professor of Civil Engineering, Itai Einav posits that the interface between art and science is not only a source of inspiration – it can be used to unlock new scientific approaches and transform research, potentially leading to new insights.

Published in Leonardo, the research investigated the paradigm of art-inspired science, analysing the body of work Everything Connects by artist Karin Einav Perez – Professor Einav’s sister.

While science has long inspired art, the team wanted to explore whether art could also inspire science, after both siblings found themselves amused by the possibility that Everything Connects may retrospectively connect their corresponding interest in pattern formations on canvas and in geology.

“While the disciplines are vastly different, both art and science seek to interpret the world around us. They offer different perspectives that should be more routinely combined to mutual benefit,” said Professor Einav, whose research is used to better understand the physics of granular materials, ranging from powdered snow in avalanches through to beach erosion and best practice for crushing minerals in industrial grinders.

In the explorative study, the researchers first analysed Einav Perez’s 2014 artwork, Like a Rock which although appears to portray a large, mountainous monolith traversed by regions of geometric patterns, was conjured subconsciously.

Intriguingly, Karin didn’t consciously seek to create a portrayal of a mountain. Later, she realised it may have been subconsciously influenced by Devil Tower from Spielberg’s Close Encounters of the Third Kind – one of the first films we ever saw together as children,” said Professor Einav.

The work was a launching point for the engineering team’s art-inspired science: its similarities to Professor Einav’s area of research prompting an examination of the granular phenomena.

To analyse the work, the engineers recreated the general patterns in the artwork using a computational simulation model. This allowed them to inverse time and analyse the collective interaction of the individual particles they imagined behind Like a Rock, later analysing the formation of stalactites detected in the process.

“To make the leap from art to science, we recreated the artwork by simulating our imagined particulate system using a physics-based computational model of granular systems, allowing us to quantitatively analyse stalactite structures,” said Mr Benjamin Leithon, an honours graduate student who carried out the simulations.

“Recreating Like a Rock as a scientific demonstration forced us to analyse the complex physics processes involved in the formation of granular stalactites – structures which we wouldn’t necessarily go and study normally. Understanding the physics behind these structures has the potential to benefit industrial processes where ‘stickiness’ of grains is a defining factor – such as mud in agricultural settings,” said Professor Einav.

The engineers said, ultimately, the purpose of the study was to encourage others in their field and to expand their minds.

“Doing things the same way over and over again isn’t always innovative or productive. Art, by its very nature, prompts subjective interpretations which should be harnessed to generate new insights or methods.”

“When colleagues from different fields saw Like a Rock, it made them immediately think of their own work on traffic networks, capillary adhesion and falling jets.”

“By having an open mind and going into things without any preconception, areas that may have borne no relation to a scientist’s research could inspire a new way of thinking and doing.”