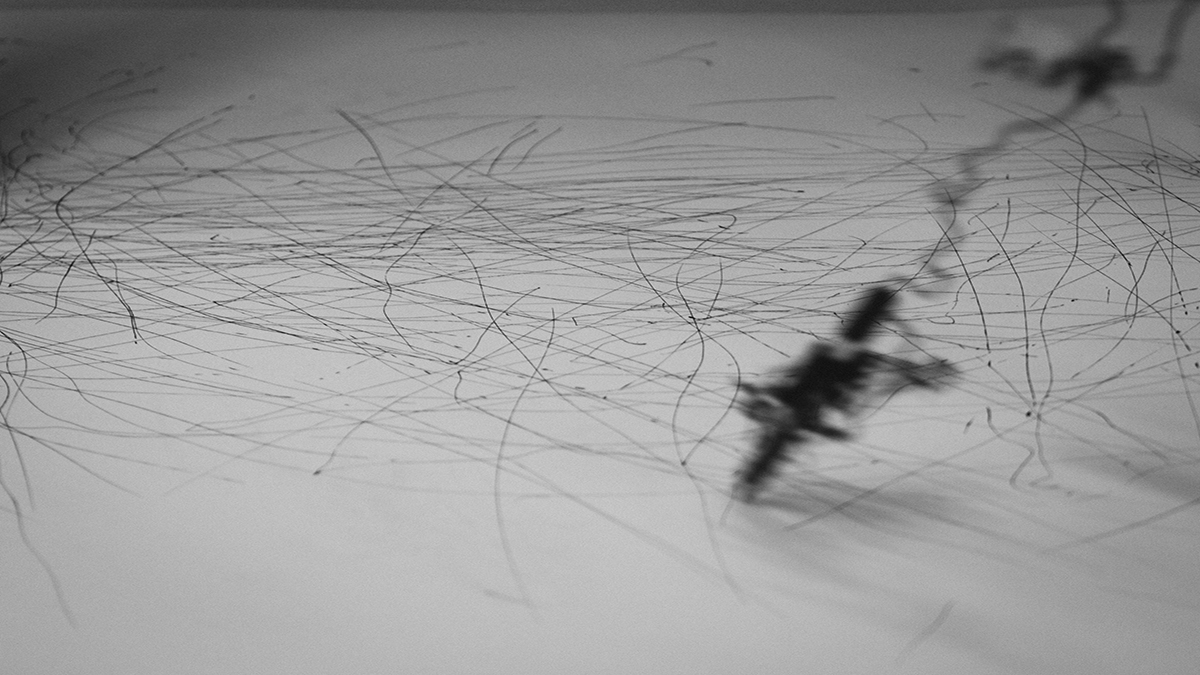 A reflection on the exhibition Australian cybernetic 2022: A point through time at the School of Cybernetics – ANU.

My friend and colleague Jackie Randles, formerly of Inspiring Australia and now with the Australian National University’s School of Cybernetics, convinced me to make the trip from Sydney to come see Natasha Mitchell, of The Science Friction podcast fame, film a live podcast to interview the Head of Cybernetics: the charismatic distinguished Professor Genevieve Bell. Followed by a panel discussion. This podcast was being held as part of the launch of the School of Cybernetics.

Also happening was the exhibition, Australian Cybernetic 2022: A point through time. First I must reflect on the idea of a School for Cybernetics. I had heard rumblings of a School of Cybernetics at ANU, but couldn’t really get my head around it. Cybernetics as a concept was this project – I think beginning in the 1940s – quite an idealistic one, that was considering the human-machine interface. Or as Andrew Meares, the curator of the exhibition: ‘cybernetics is an approach to complex systems involving people, technology and the environment.’

However, while I hear a lot about AI, I don’t hear Cybernetics talked about as I wonder about the various streets and screens of my life. The spirit of the beginnings of Cybernetics seems very different to how AI is talked about. Cybernetics’ early formulations were pollinated by diverse and interesting thinkers like Margaret Meade, Gregory Bateson, and even John von Neumann: both scientists and anthropologists, i.e. not just people who think about how things work but also people who think about the greater impact of this type of technology on our cultural evolution. What I discovered after listening to an online talk by Genevieve Bell (link) was that the whole project of Cybernetics was moved under a carpet to some extent by  a shift emphasizing the ‘how’ to construct these artificial thinking systems that can respond to environmental input and evolve – like us! But with much less emphasis on the wider implication of this. I think there is an issue of a founder effect here. The protagonists of this movement that gave rise to AI were from powerful and influential US companies like Bell labs and IBM and the influence of their kind of thinking and motivations, although pioneering to say the least, may be devoid of considering the human and environment in their new formulation.

It is a really a radical move to constitute a school of cybernetics… so last season you might say.. but such a great intention to disrupt the thinking of the very narrowly focus AI field… here the idea is to think more deeply about the broader implications of our interaction with not just technology… but with cybernetics’ being deeply concerned with feedback loops in the broader sense… and how things are affected or changed by this profound and basic feedback mechanism: [machine: machine]; [machine:human]; [machine:social]; [social:ecology]; [ecology:machine]..  and see how this iteratively evolves or changes, with an awareness of the consequent changes.

The school itself is built on this premise, being at once an academic school, but also a cybernetic experiment, which feels like the best part, as it sets itself up to test these various phenomena in a broad church that includes scientists, anthropologists; musicians; social scientists, as well as indigenous coding activists amongst others.

A real highlight of the event was what surrounded it.. the most extraordinary exhibition.. which occupied every nook and cranny of the impressive Birch Building at ANU. Australian Cybernetic 2022: A point through time. Works of historical significance like Albert – a primitive robot from the first cybernetic exhibition (Cybernetic serendipity; 1968; Inst. Of Contemporary Art; Ldn); the sobering and profound poster of Kate Crawford and Vladan Joler on the ‘Anatomy of an AI system’, which graphically traces the birth, life and death of a single Amazon Smart ECHO speaker; the beautiful graphic works of the Japanese collective, CGT (The Computer Techniques Group -1966-1969).. using old programming languages like lotus and old plotters .. bringing to the fore whole new ways of subverting data into art! Strange machines Like Mark Thomson’s Random Excuse Generator- made under the guise of Henry Hoke and an extraordinary VR film by Lynette Wallworth – where she tells this story of another more terrifying engagement of Western technology with Aboriginal society. The very dark edge of that in the shape of the atom bomb tests at Maralinga.. quite a startling exhibition straddling the history and the contemporary.

A really interesting historical inclusion from a groundbreaking exhibition – Australia ’75, which spoke very prominently about science AND art as co-mariners on the journey to Australia’s future, was the pioneering work of dancer Phillipa Cullen. She, in conjunction with a team of academics and engineers, developed a cybernetic dance involving electronically responsive footpads as well as responsive video cameras. I had the pleasure of hearing about this work first hand from Stephen Jones a pioneering video artist amongst other things, who made the point about the experimental play that the early protagonists in this were engaging with in this newly emerging field. You could say this was a very unconstrained time with this newly emerging technology being ripe for experimentation and these artists and academics took full advantage of that. Andrew Meares, the curator, assures me this is to be well documented which is a relief because I think in years to come they will talking about this new incarnation of the evolving Cybernetics exhibition. I felt that the energy of the event and brilliant minds populating the school convey an electric excitement and urgency which feels super relevant and models a conception of academia very in the face of traditional academic structures. This is a testament to the creative energy of this school. I am interested to see how the more traditional AI will meet the new cybernetics.

My immediate feeling when I walked in there is that this felt like I had arrived home.  I remember reading about Ross Ashby’s work in Thomas Rid’s, the Rise of the Machine… his Homeostasis machine, whenever disturbed would try to return to equilibrium. Of course in some sense anything disturbed must return to thermal or other equilibria, even our beloved universe or my hand as I throw it up into the air – at some point there will be a return.

My own practice which is concerned with evolutionary theory – the scientific field I spent my years as a scientist in – can be viewed through a cybernetic lens. Evolution can be seen as iterative process where feedback constrains the degree of irregularity (or mutation) that can be accommodated. I explore this in drawings where a coherent form evolves through an iterative process. I also embody the evolutionary process by making eccentric mechanical objects, where like in evolution there is a regular repetitive element and this carries at its periphery – like mutations – irregular aspects, which can also be seen as behaviours. When I model this in a mechanical system, I can’t help but think that what I have here is a model of myself. Unlike other machines – e.g. a toaster – my machines have as their only asymptotic goal: to be measured and to see what emerges from these measurements; to analyse interactions in different environments, particularly in spaces that are uncomfortable – that take it even farther from equilibrium than it already is.

Where possible I try and do these performances or experiments at science institutes or laboratories to see what questions or ideas emerge. I would love nothing more than to spend some time at ANU’s School of Cybernetics and use my process to see what kind of ideas emerge that may feedback into my practice but also more importantly feed forward into the school’s methodologies and ideas.