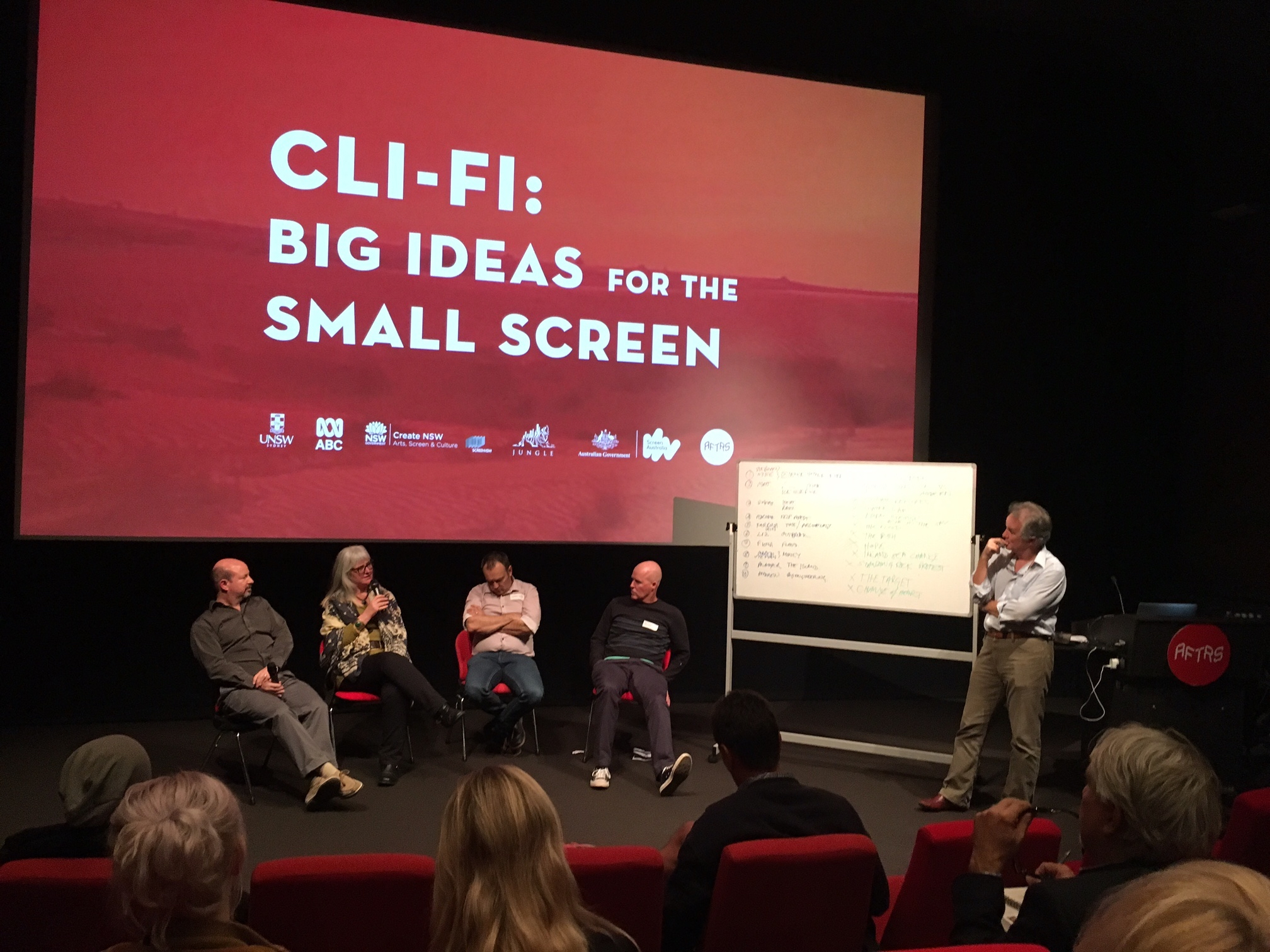 Leading international and Australian climate scientists recently came together with screen creatives at a one day forum during National Science Week to create a model for Cli-fi – or climate-fiction—an emerging small-screen genre. The purpose of the event was to encourage the creation of TV drama series and telemovie proposals that addressed climate change issues.

The forum was held under the auspices of the UNSW Climate Change Grand Challenge initiative in partnership with UNSW, ABC TV, Jungle Film and TV, Screen Australia, Create NSW and venue partner the Australian Film Television & Radio School. Led by marine ecologist Dr. Adriana Vergés from UNSW, independent TV writers and creatives were presented with hard facts and forecasts from leading scientists and thinkers working in the climate change space.

Twelve speakers addressed three broad themes: the science of climate change, impacts on humans, and solutions. They included American climatologist Professor Michael E. Mann, from Pennsylvania State University, who developed in 1998 the so-called hockey stick graph, and Professor Stephan Lewandowsky, a cognitive scientist at the University of Bristol in the UK, who spoke about the psychology of climate denial.

Other speakers included Dr Liz Hanna, expert in the impacts of climate change on human health, from the Australian National University, and Karrina Nolan, community facilitator that works with Aboriginal and Torres Strait Islander communities to facilitate self-determination in the context of climate change.

In the afternoon, renowned screenwriter John Collee, known for Happy Feet, Walking with Dinosaurs and Master and Commander fame, led an interactive discussion and initiated the development of potential storylines inspired by the twelve talks, with input from both the writers and the scientists in the room.

Cli-fi is the brainchild of Dr. Adriana Vergés who wants to explore fiction to communicate climate science.

“While films such as Al Gore’s An Inconvenient Truth have had a major impact, these types of factual documentaries often largely preach to the converted – it’s mostly the people that already know and care about the climate that are tuning in. In contrast, fiction has the potential to reach a much greater audience,” she said.

Following the forum, ABC Drama and Jungle TV have released a call for proposals for new TV series and telemovies to be developed in the Cli-fi genre for funded development. The deadline for submissions is Friday September 29, 2017.