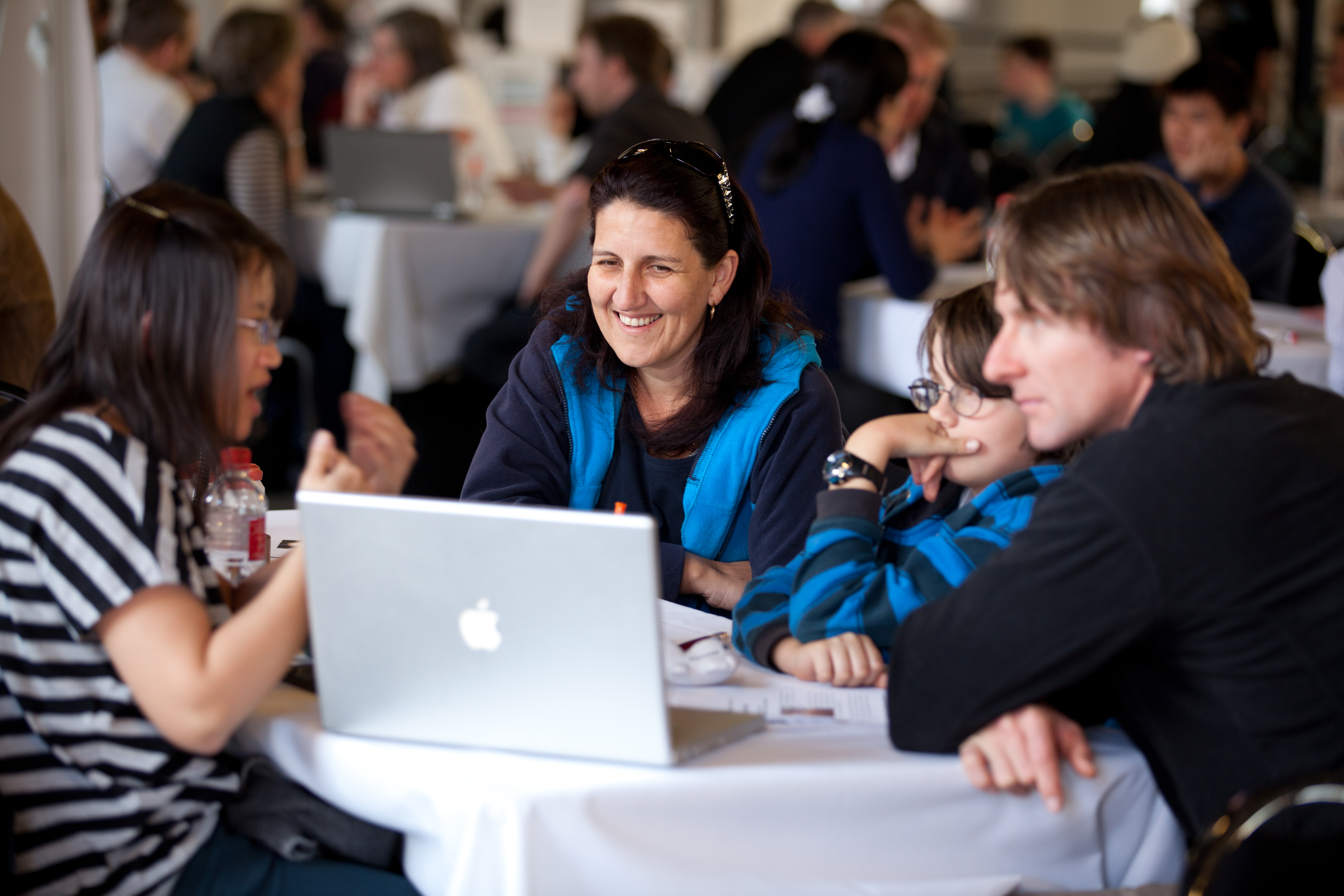 Sydney’s universities have created a series of high-profile Sydney Science Festival events to connect top researchers to the community in National Science Week. From 7 to 19 August, meet cutting edge scientists at events on campus and at prestigious venues like Sydney Opera House, City Recital Hall and the Joan Sutherland Performing Arts Centre in Penrith.

You’ll also find them in free events at libraries across the Greater Sydney Region and in the city’s parks and gardens.

With most of the research events free, Sydney Science Festival presents a wonderful opportunity for people of all ages to meet scientists and be inspired by their cutting edge research.

UNSW researchers in optometry, quantum physics, marine biology, intelligent machines, sustainable materials, chemistry, psychology, biotechnology, and more will be out in force. Meet them at tours, talks and workshops across town.

Highlights include Australian of the Year Professor Michelle Simmons on the coming revolution in quantum computing, and in his first public lecture at UNSW Sydney, Professor Sir Fraser Stoddart, 2016 Nobel Prize Winner in Chemistry, who will speak about his research and also host a second public lecture about the mingling of art and science.

The University of Sydney

From pub talks and podcast recordings to formal lectures and library appearances, Sydney Uni researchers will be all over town during National Science Week, including in the west with Dr Karl and by participating in Sydney Science Festival at the Australian Museum.

Don’t miss Prof Muireann Irish who will explain the deep links between music and memory at City Recital Hall on Wednesday 9 August from 12.30 pm. Go on a journey through space and time with Prof Geraint Lewis in The end of time: the future history of the universe on Thursday 16 August.

Find out why things are not always how they seem with psychology researchers in the Night of Illusions on Saturday 11 August from 7 pm at 107 Projects Redfern.

Principal sponsor of Sydney Science Festival, University of Western Sydney is using the opportunity of National Science Week to showcase its research excellence through welcoming events in parks, libraries, the observatory and on campus.

Join linguist Rachel Hendery who will present a virtual walk through places of the past. Travel Space and Time with Virtual Reality on 10-11 August where you can also meet researchers seeking to discover how well humans can synchronise with music and with one another.

Coral reefs, chemistry, women in STEM, microbiology and code are just some of the topics on the program for UTS scientists.

A highlight event will be presented by Professor David Booth. He’ll explain how environmental changes such as warming waters and pollution are causing ocean acidification, coral disease and coral bleaching. UTS Science in Focus: Will Coral Reefs Survive? on Wednesday 15 August at UTS.

Macquarie researchers are the driving force behind the National Indigenous Science Education Program that will run schools programs as well as a free family fun day at Redfern Community Centre on Sunday the 19 August.

They will also be presenting Science Safari, an interactive event as part of Living Laboratory at the Royal Botanic Garden, holding an Open Day and many other on campus events as well as participating in Sydney Science Festival at the Australian Museum.

You can also speed meet Sydney’s top scientists at a FREE night of interactive science on Thursday 9 August from 6 pm at MAASLive Lates: Science at the Powerhouse Museum.