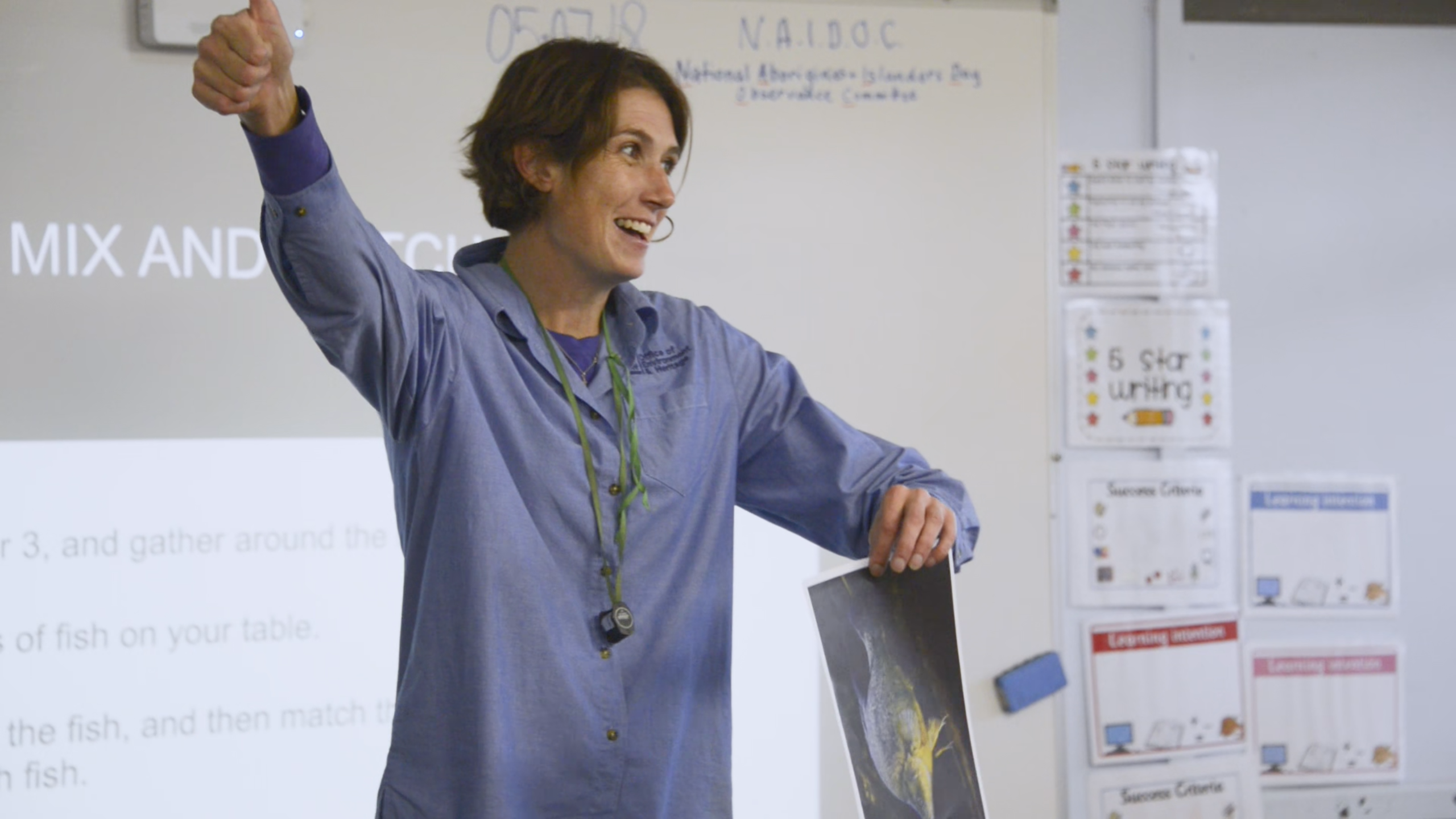 Ecologist Jo Lenehan works with the NSW Office of Environment and Heritage. Meet Jo in the field at St Joseph’s Primary School in Hillston joined by Indigenous weavers and a knowledge keeper in a short film that explores the links between traditional ecological knowledge and Western science.

This year, Jo is back out in the field at St Joseph’s Primary School in Hillston.

During NAICOC Week 2018, Jo was teaching students about the links between traditional ecological knowledge and Western science, and the importance of respecting the land on which we live and work so we maintain it’s health for the future.

Aunty Helen and Aunty Claudette from the Orange Fibre Artists were also on hand to teach the children about traditional weaving practices and Uncle David Acheson, a Wiradjuri educator, taught them about the importance of language.

Jo surprised the students by bringing some native fish to study on the day, including the endangered Olive perchlet, which was though extinct in the Lachlan River until being rediscovered a few years ago in the  Lake Brewster weir pool, only 50km away from Hillston.

This video was created by the CORRIDOR project for the Orange, Cowra, Cabonne Science Hub and screened during National Science Week 2018 events in Orange and Cowra, NSW. The project was supported by Inspiring Australia and local councils.