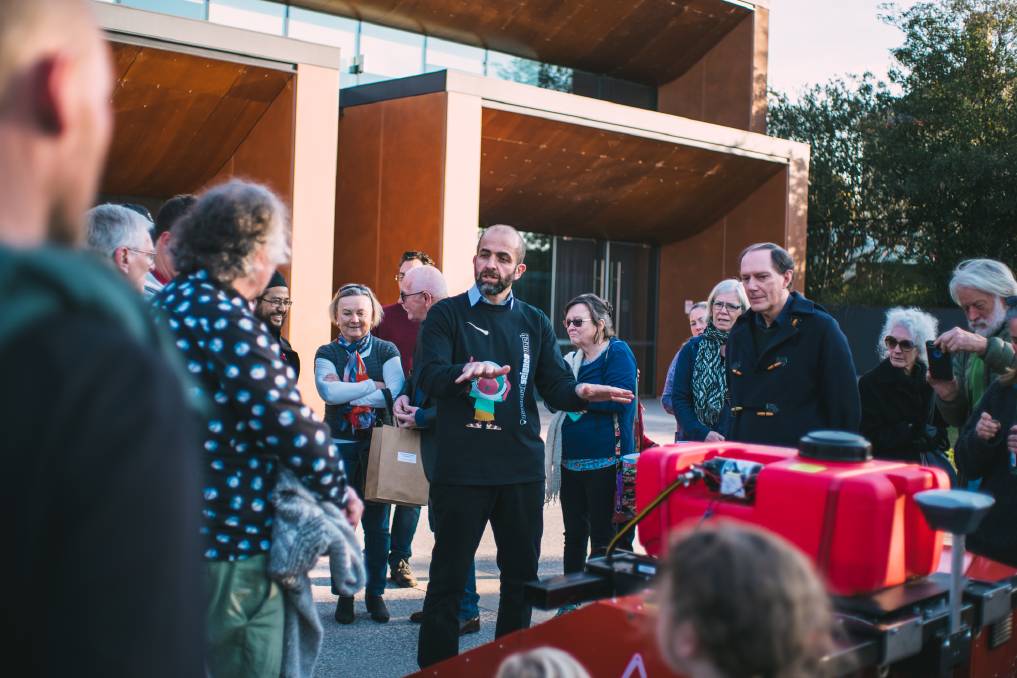 A full house was on hand for the New South Wales launch of National Science Week at Blue Mountains Theatre and Community Hub last Sunday 4 August. The special event featured talks from the state’s Chief Scientist & Engineer and a professor in robotics, as well as a demonstration of a robot being used by farmers to improve yields and environmental sustainability.

Professor Hugh Durrant-Whyte, formerly Chief Scientific Advisor to the UK Ministry of Defence, spoke about how he and the Chief Scientist’s office are supporting science in NSW, from providing advice to Government on hot topics like coal seam gas to supporting research into molecular biology and quantum computing, helping to connect science and industry, and  promoting science literacy across the state.

“One of the best parts of my job is coming to places like this and talking to community members about the science that’s taking place in NSW,” said Professor Durrant-Whyte.

Professor Salah Sukkarieh from the Australian Centre for Field Robotics gave the audience a tour of the latest in robotics being used to support farmers across the state and country. He also spoke about the Ag Robotics STEM Program for high school students in regional NSW, which has proved hugely popular.

“Not everyone realises that NSW is a world leader in intelligent robotics,” said Professor Sukkarieh. “It’s great to be able to show people what’s happening in this area and how it’s helping to transform agriculture.”

The event was hosted by Science at the Local, who put on regular events across the road at Springwood Sports Club. “It’s a testament to the ongoing support we get from the local community, that Inspiring Australia NSW invited us to host the launch,” said co-founder Hamish Clarke.

“It was great to see the Hub packed out with people of all ages, and just a week after we set a new attendance record at our regular event last week.”

“We’ll be back on September 15 with talks on forensic science and nursing,” said fellow convenor Kevin Joseph. “In the meantime, check out the National Science Week event calendar and get involved – there’s something for everyone!”

Last year saw about 1.4 million people participate in more than 2100 events and activities around the country. To find out what’s on go to www.scienceweek.net.au. The event was supported by Inspiring Australia NSW as part of National Science Week.

Guest post by Dr Hamish Clarke, co-convenor of Science at the Local in Springwood.