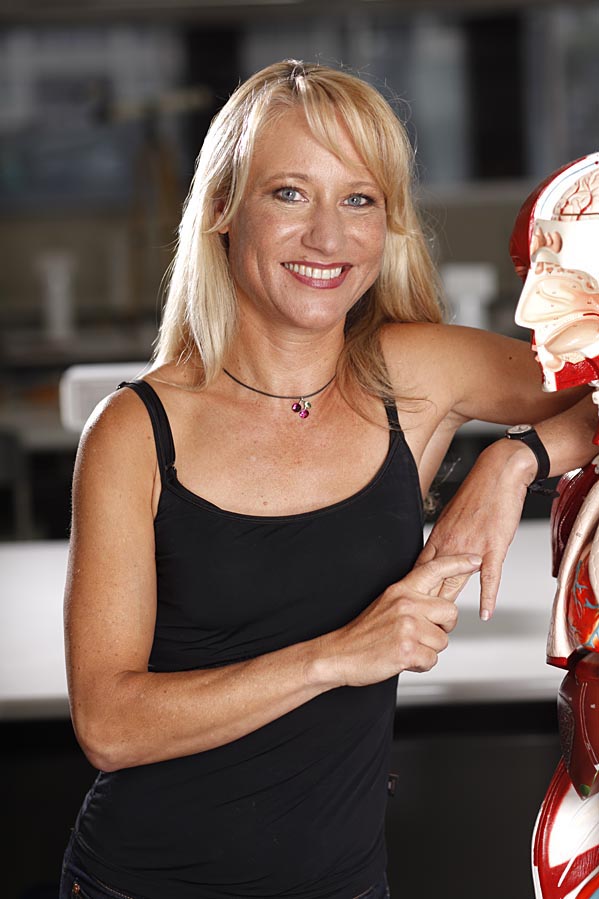 Climate grief wasn’t a term science journalist and author Dr Jonica Newby had heard much about. Until she was deeply affected by it herself. In her new book, Beyond climate grief: a journey of love, snow, fire and enchanted beer can, Jonica asks: what would you do to save the person or the planet you love?

The year was 2017.  I was on a once in a lifetime holiday, having just bid farewell to 20 years as a science reporter on ABC TVs Catalyst, and I was visiting one of my fantasy places: Japan’s snow country. You see, I’d fallen in love with snow as a child; beguiled by its sparkling enchantment in fairy stories and Lord of the Rings. And then when I moved to Sydney as an adult, I fell in love with a real snowland: Kunama Namadji; Australia’s magical Snowy Mountains. It became my heartplace.  So the Japan trip was a special treat and I was having a ball; skiing powder for the first time, visiting onsens, hanging out with Swiss ski instructors on holidays …

Hang on – what’s a Swiss ski instructor doing here in January, his busiest time of year? His answer: “I came to find good snow.”  Switzerland had a green Christmas that year. I was shocked. Later that week, half the Great Barrier Reef died. And as I looked around at my magical white kingdom, it suddenly struck me my beloved heartplace could be lost too. I thought I’d understood climate change intellectually, but until now it had never punched me emotionally.

That story, and the way it plummeted me along a path to overwhelming climate grief and a prescription for anti-depressants (which I didn’t take but started a whole other adventure instead) is part of the first chapter of my new book: Beyond climate grief: a journey of love, snow, fire and enchanted beer can.

I never intended to write about my experience, but mid-2019, I had a series of conversations that became unexpectedly emotional as people talked of their heartplaces – a forest or a beach – or their kids. I wasn’t alone struggling to navigate the emotional load of our new climate realities, and it seemed we could do with some help. What should anxious parents tell their kids? How do we live a good and happy life under the weight of this fearsome knowledge? The available books were fact based and laced with anger or “this is what we need to do”, but I couldn’t see anything that was story based, a narrative, something that connected emotionally and helped me find a way through. So I decided to use my science investigative skills to write one.

I thought I had a solid plan. I would do something similar to Leigh Sales Any Ordinary Day, with the first chapter my story, and then I’d visit unexpected people and seek their wisdom – Missy Higgins, Charlie Pickering, Craig Reucassel, Mike Cannon Brookes, as well as experts on emotions, psychology, evolutionary neurobiology, and resilience. And while it would be primarily narrative, each chapter would also be told through the prism of an emotion or mental state – Grief, Love, Courage, Anger, Humour, Joy.

That still happened. But events turned this into a far more personal and raw adventure than I could have ever imagined. I started writing in October 2019.  Within weeks my home state of NSW was being stalked by fires, swallowed by fires. As the world around us tilted, and tilted again, we felt like we’d all fallen into the plot of a novel or a film, until even the most literal minded journalists were resorting to language out of epic narrative: Beasts, Monsters, and Apocalyptic scenes. My book took on a novelistic tone, an epic Odyssey memoir of trying to write a book about climate emotions during our nation’s biggest upheaval of climate reality. Then book, and my life, tilted again, when a monster 20,000 foot high Fire Beast out of any fable attacked my Mum’s home town of Mallacoota.

The result, I hope, is a far deeper, more “exciting”, and richer story. The chapters I had to add; “Disaster Brain”, Acceptance, Pride and Meaning; gave me great hope for our future responses when we accept disaster is possible. We all now know that under duress, the prosocial emotions of gratitude, empathy and compassion come to the fore, and the majority of us are overcome by the urge to help our community.

Personal highlights: meeting the Castlemaine kids – who supercharged a global social movement without even owning phones! Missy Higgins, whose soulful interview taught me not to be afraid of staring at the beast, and how grief can be turned into art. Charlie Pickering shared a laugh, and the importance of black humour when the shite hits. Plus what’s not to love about his enchanted beer can story? Just one of so many surprising tales – from Postmistress Pam and Squiggy the Pig, to Nicholas and the disaster movie dash, to my own heart-stopping encounter with my partner Robyn Williams death – where after three minutes of him being white white white, pulseless on the floor, my (I thought) futile attempt at CPR means the Science Show living national treasure is today very much alive.

Come with me on this journey. It did change me. It did provide some of the answers I sought; strategies, philosophies and practical advice from experts. But above all, it prompted me to ask this question; what would you do to save the person or the planet you love?  Answer: whatever you can.

I didn’t think when my partner was lying white white white on the floor my puny inexpert CPR would help. But it did.

Dr Jonica Newby is a science reporter, author, TV presenter and director best known for her two decades on ABC TV’s popular weekly science program, Catalyst. She has twice won the Eureka Award, Australia’s most prestigious science journalism prize, and is a recipient of a World TV Award. Originally trained as a veterinarian, her first book was The Animal Attraction.

Guest post by Dr Jonica Newby, author of Beyond climate grief: a journey of love, snow, fire and enchanted beer can, published by Newsouth Books, 2021.